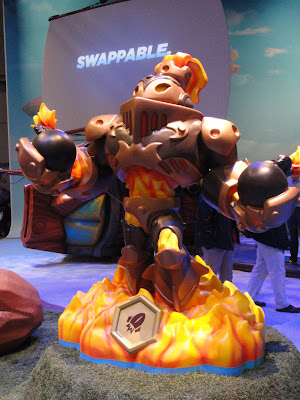 I'm breaking out of my comfort zone a bit with this one, but I was so impressed with the massive fiberglass figures they had on display I felt the need to share them with you.

Skylanders is a game created by evil geniuses.  For those of you not familiar it involves collecting a hoard of actual toys and then putting them on this electronic portal thingy and actually being able to play with the characters in the game.  It's a freakin gold mine cause it not only appeals to gamers, but to toy collectors.  I've been impressed with the concept since it came out and now they have created a new way to get all of your money.  This Fall they're releasing a new set of figures that you can mix and match to combine their different powers.  Of course there will be a new game to go along with it and a new portal that you have to own to utilize the new swappable figures (it's backwards compatible with the old figures though) and all just in time for Christmas.  Whoever thought of this should have a monument somewhere, probably of them swimming in a pool filled with gold coins.  You know, to capture how they actually live.

And they had the biggest booth out of anyone at Toy Fair that was on one of the main floors.  These giant figures are taller than I am and are bigger versions of new guys from the upcoming game. 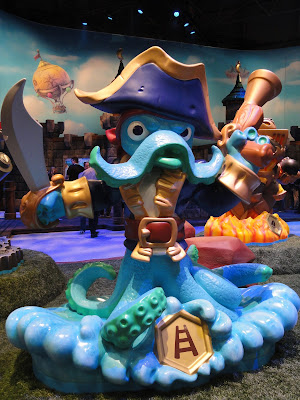 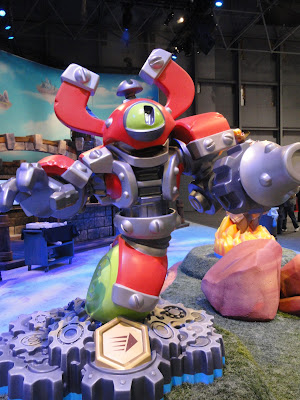