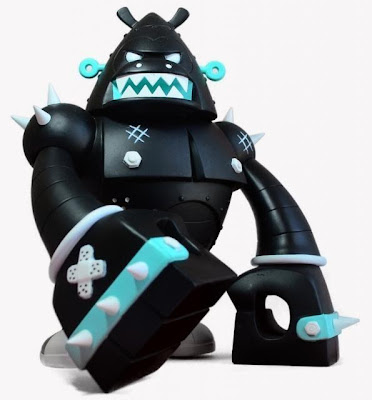 Monkeys, no matter how big they are, always look like they want to be your friend.  Then you hear about them ripping people's arms off and beating them to death with their own limbs.  But I like to live life dangerously, so when Crystal the monkey (of such films as The Hangover and other shows that involve monkeys) came to Wildwood for photo opportunities I was all about it.  This is the resulting picture: 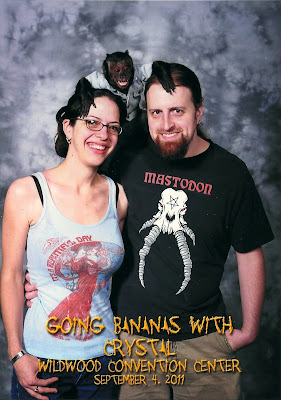 Look how happy my wife and I were to have a monkey on our heads!  We stared Death in the face and have the picture to prove it!  After we took this the monkey did kill like 10 people or so, but she knew we weren't going to have it.  By the way, I have gotten even more handsome since then.

Ok, now that you know what a bad ass I am, you know that I am fit to judge other bad ass things.  Like this mecha ape that is actually called Bad Ass.  Kronk and Pobber Toys have just released this stealth edition of this angry monkey bro.  He's pretty big and mean looking.  And if you scroll just a little further you'll see the chase version of this guy: 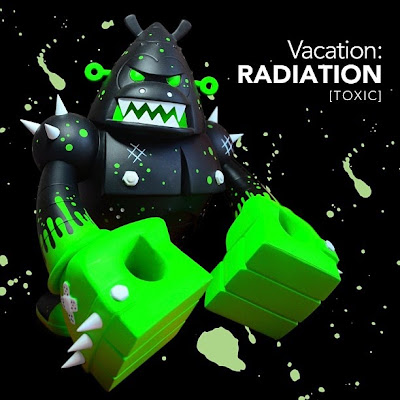 You have a 1 in 6 shot of getting one of these when you order the Stealth Edition.  Get em now wherever you prefer to buy your fancy toys.
Posted by Chris at 6:54 AM