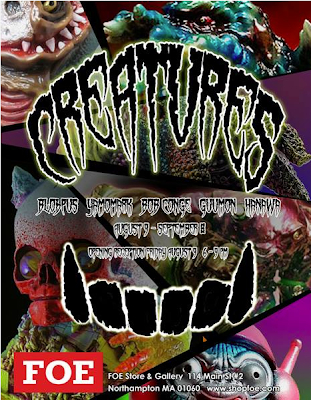 You may never see toys as crazy as the ones that will be on display at this weekend's Creatures show at Foe Store and Gallery in Massachusetts.   Just look at the stuff that Plaseebo will have on display and for sale and try to sleep tonight: 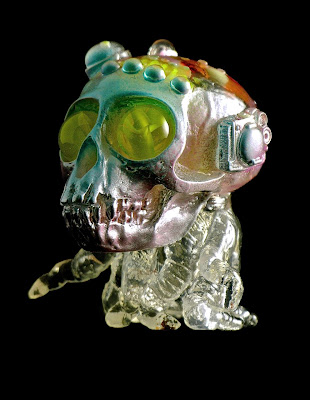 I wish that when we died out skulls would separate from our bodies, grow tentacles, and then live a life of leisure on an island in the Pacific.  Every year they would gather at a set meeting point, say Kansas, and then migrate together to go and begin their new lives.  The journey would be perilous, and not all of the skulls would make it, but if they did they would live in a nice retirement resort and develop a love for beach volleyball.

Ok, that may not happen, but that doesn't mean I don't want it to any less.  I love this Skulloctopus.  The figure alone is cool enough, but he also lights up with a motion-activated LED.  Can't get your kid to stay in their room all night?  Put this guy outside their door and never worry again about them coming to bug you while you're trying to sleep. 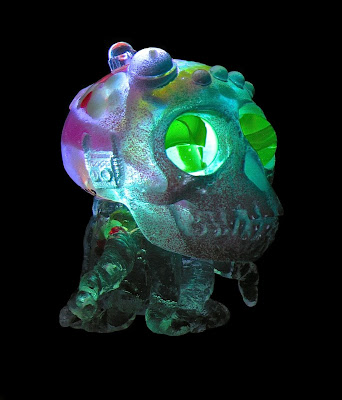 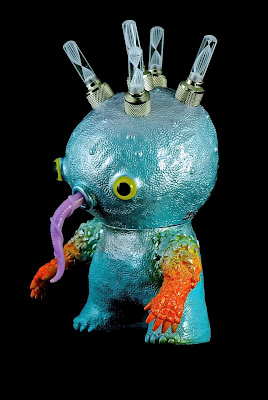 How do you top a motion-activated light up toy?  You make the LED's change color.  This Isotope Night Gamer has some pretty crazy head gear and a worm-like tongue that could unnerve the bravest of men. 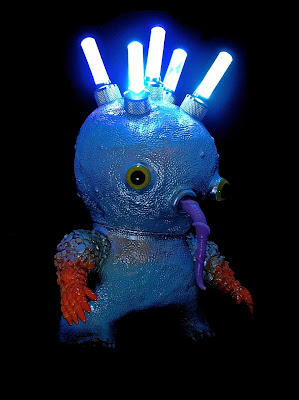 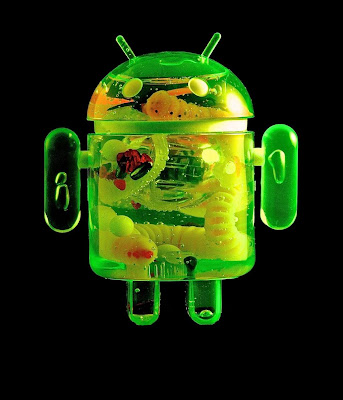 I'll be the first to admit; the Android toys don't normally do it for me.  No matter who designs them I just can't bring myself to want to own one.  Until now.  Who would have thought that all you have to do is fill it with asteroid slime and space guts and I would suddenly be all about it?  This could improve a lot of advertising mascots, like Tony the Tiger or Bob's Big Boy.

See all of Plaseebo's work in person starting this Friday, August 9th.  And keep an eye on http://www.shopfoe.com/ to get a chance to purchase one of these if you can't make it for the event.