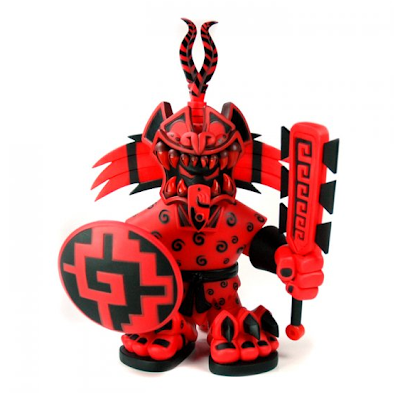 Toy Art Gallery and I have something in common:  we're both gonna be busy tomorrow.  They will most likely be having a much better time than I will as they are holding two events while I will be working for the man all day.  One day I will break these chains that oppress me!!!

From 1pm-3pm they will be holding a release and signing for this giant Jaguar Knight toy from Jesse Hernandez x Pobber Toys.  This is an exclusive red glow-in-the-dark version limited to 100 pieces.  And Facebook told me that it's also Jesse's birthday, so you should bring him snack cakes or envelopes of cash or something. 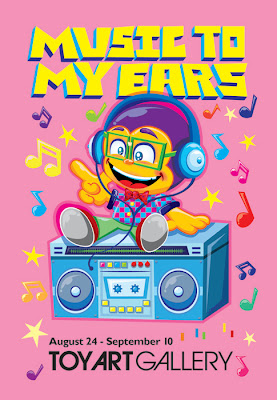 Then from 7pm-10pm they will have the opening for Super Cooper's Music To My Ears art show.  Super Cooper is like the Doogie Houser of the toy world, curating shows and amassing a collection that makes me jealous.  And the show will be benefitting a couple of charities, which is pretty awesome, so you can feel good about spending a little bit more to get some art that you'll love forever. 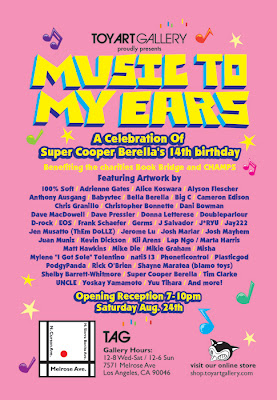