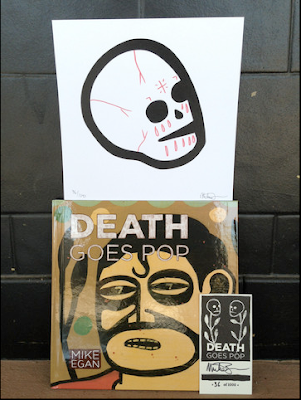 Mike Egan is my favorite artist who used to be an embalmer.  Come to think of it, I don't know anyone who used to prepare corpses and make neo-folk art.  But that still makes him my favorite.  The man has experienced death in ways most of us never will and I think that gives his paintings a unique truth to them, as they were crafted by hands that have transformed people's loved ones into the last physical image they will ever see of them.  It's eerie and it's poetic in the same breath.

Another one of his characters entered the 3D realm this past San Diego Comic Con and now Lulubell Toy Bodega has the few remaining pieces for those of us that were unable to be there in person.  Lucky is available in both black and orange and makes a nice companion piece to his previously released Bones figure.  They also have a few copies of his Death Goes Pop book in which he painted portraits of some of pop cultures most recognizable characters.  Each on also come with a hand embellished and signed print.

Check out more of his work at http://www.eganpaintings.com/. 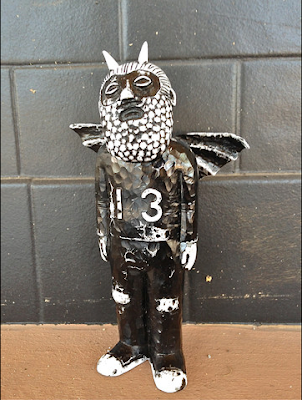 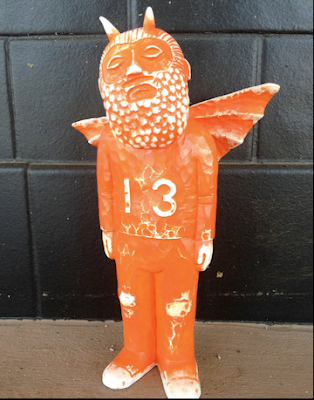