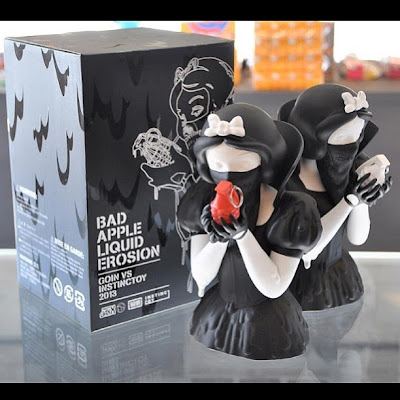 Snow White is evidently not a fan of the heat either, though thankfully I've never been hot enough to actually melt.  Instinctoy have added this subtle touch to the ridiculously popular Bad Apple figure from Goin x Mighty Jaxx.  Only 150 of each color grenade were made and they will retail for $150 each.  Now onto the confusing part.  There are different windows of preorder time available depending on where you live in the world.  I am going to present this info to you directly as it was stated on Mighty Jaxx's Instagram account:


So if you live in the United States, your window of opportunity is tomorrow.  If you live elsewhere, it's gonna be on Monday.