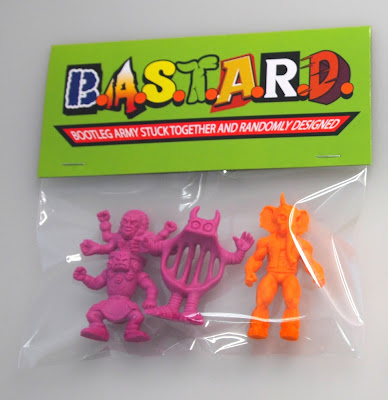 Are you ready for uber sick wrasslin action?  If you had to think about it then you're not ready and should probably go and reevaluate your life, because it's about to get crazy in here.

Triclops and Unbox Industries are proud to present these 3 packs of their super sick B.A.S.T.A.R.D. keshi inspired figures.  I'm so pumped up about this, I'm gonna walk to my neighbor's house and punch him in the face.  Don't worry, he had it coming for those weird barnyard noises he and his mutant girlfriend were making at one in the morning.  Seriously, it sounded like two injured donkeys on a trampoline.  He's about to feel the fury of my knuckles as they reorganize the bone structure of his pudding face.

Ok, so these are three packs which mean you get three figures.  The math is sound there my friends.  You can choose between either yellow or pink and the third figure will be an orange Bullet Belt figure from Skinner!!!!!  I have one of these and it is sick, easily the best little guy I have in my collection.  each pack is only $12.50, which is a great deal.  After I beat my neighbor up I may steal his wallet and buy a few to help ease the pain and suffering I've been through as a result of his improprieties.  Get em now from http://www.unboxindustries.info. 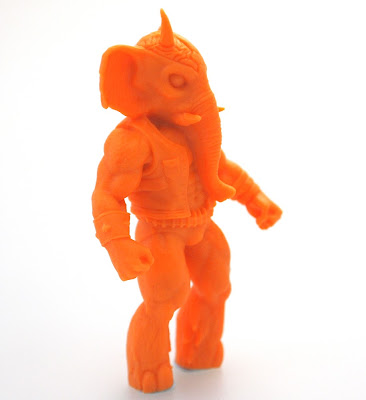 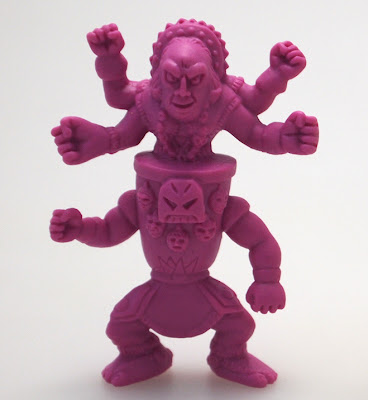 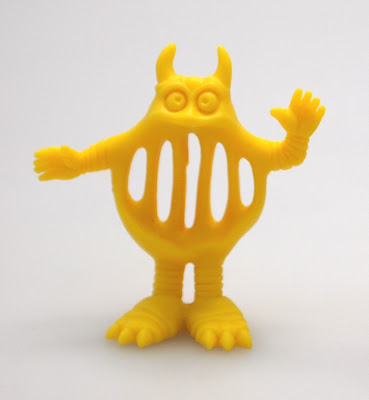 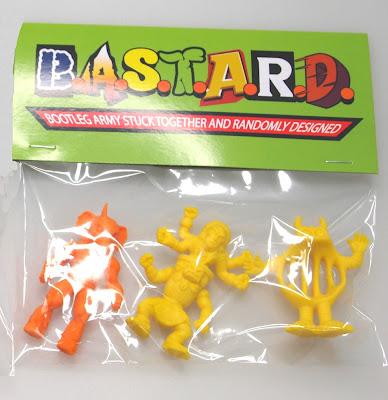