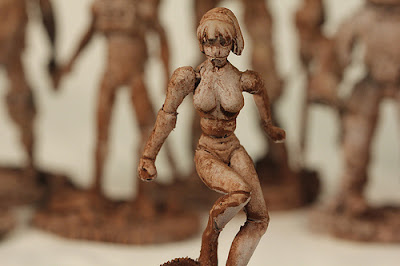 I've said it many times before, but I love the fact that people are making their own toys.  That way they're not limited by what a company is willing to produce or what some marketing dude thinks will sell well.  They take their own ideas and bring them to life just for the sake of doing something cool.

This is the world of Drab Future created by Brad Isdrab.  The title pretty much sums up the feel of these figures, as they have a very post-apocalyptic look to them.  The thing that stands out about them is how the characters themselves have a weathered and decayed look.  It takes them from being figures in a world that is dying around them into being artistic representations of their state of affairs.  I especially like the brown, almost rusted look of the girl pictured above, as she reminds me of the bodies that were found in Pompeii perfectly captured in ash.  She looks as if the apocalypse has come and gone and that her form will remain as a visual testament to it.

These will also come in full painted versions and raw castings that will allow you to paint them however you wish.  Get them this Friday, August 30, through the Zerofriends store at http://www.zerofriends.com/. 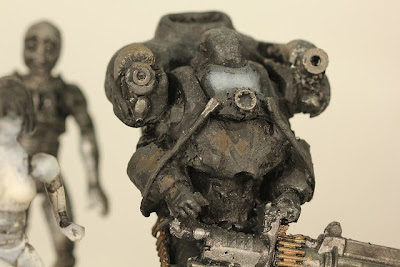 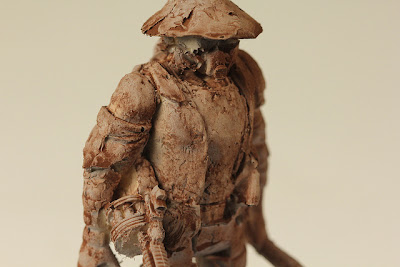 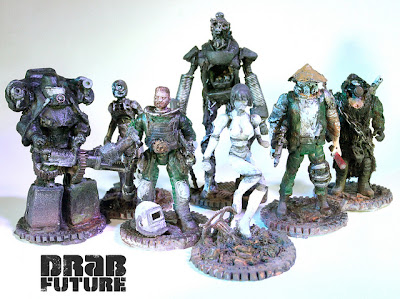