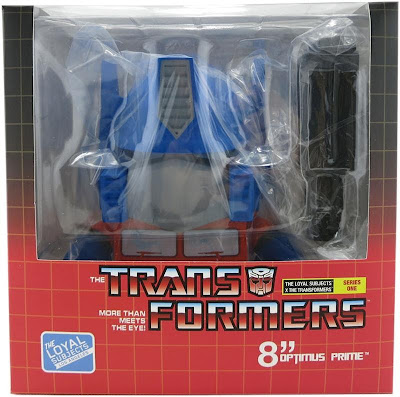 When I saw that The Loyal Subjects were doing a mini series of Transformers I was hoping they would make some bigger versions.  They had a few at San Diego Comic Con and now everyone will have there chance to snag one when these two are released next month.  First off, you have the classic Optimus Prime.  You can't go wrong with the original thing.  But what if you always wondered what old Optimus would look like painted up like a My Little Pony?  Well, that's kinda sick, so you should see someone, but if they deem you sane then your next step is to get the DIY figure. 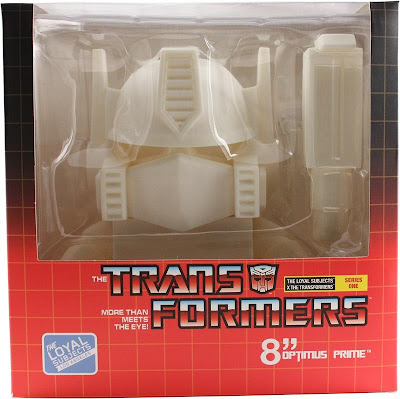 Paint him up however you like, cover him in glitter, or rat skulls, or leave him blank.  The painted version of Optimus will be $55 while the DIY will be $40.  Both will be available at your favorite places to buy toys.
Posted by Chris at 1:00 AM