Kidrobot is All About The Ladies With These October Releases 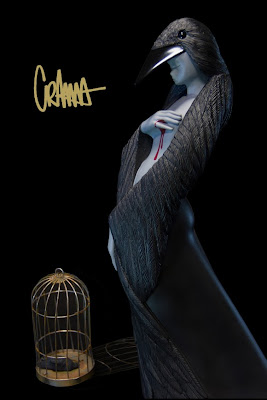 Say what you want about Kidrobot (and I know you all have plenty to say) but they nailed it with these two releases.  Sadly, they are both well out of my price range, but as you know I am always a gracious accepter of gifts.

The first beauty you see up there is part of the Kidrobot Black line and was designs by Craww.  Standing a full foot tall and priced at $399, you can be one of the 200 lucky people that will ever be able to own this when it is released on October 24th.  This is by far my favorite figure that has ever been a part of the Black collection and I was able to see it up close at New York Comic Con, which made me think pretty hard about how I could have made off with it without anyone noticing.  I'm just kidding folks, I would never commit a crime.  I mean, unless you're willing to pay me $399 to do some dirty work for you, then I would consider it so I could buy this toy.  Email me and we'll talk. 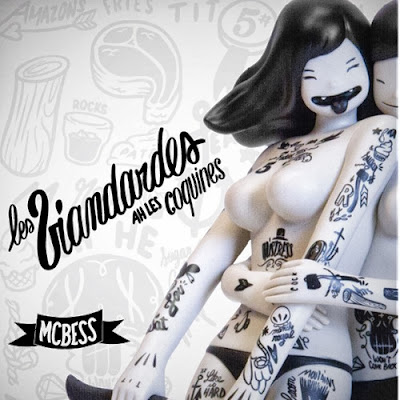 So they don't even give me time to clean my drool off of the computer before they go and release pictures of this.  This is how I like my women; axe-wielding and covered in tattoos.  McBess is the man behind this masterpiece that will set you back $199.99 when it's released on Halloween.  Again, if anyone has anything dirty deeds they need done (somewhat) dirt cheap, I'm your guy. 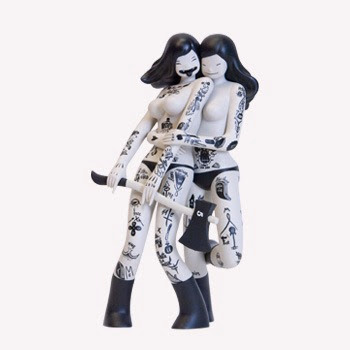