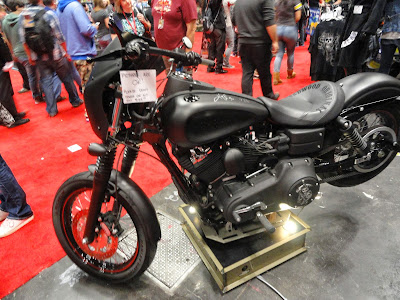 You never know what you're going to see at New York Comic Con, but I didn't expect to see this.  It's a fully licensed, Sons of Anarchy Harley-Davidson.  Evidently a few years ago Bartel's Harley in Marina Del Ray, California had created 100 of these bikes and sold em for $25,000 a pop.  This one was on display at a booth that sold nothing but SOA merchandise and had been signed by a few member of the cast.  As if you weren't already excited to watch the new episode tonight. 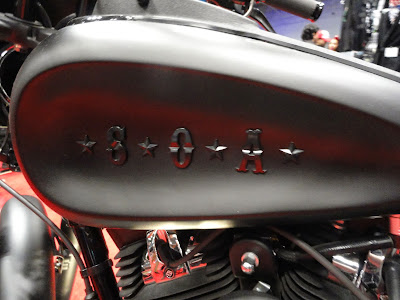 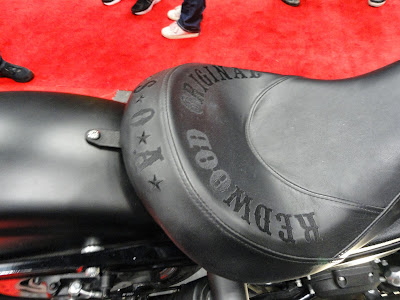 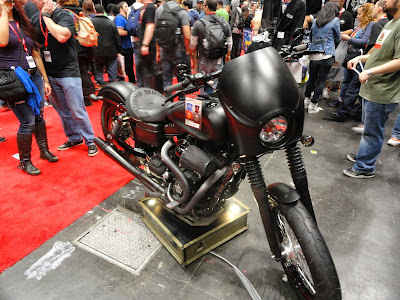