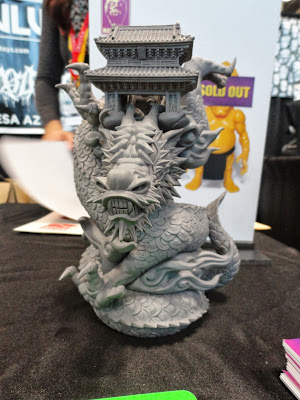 One of the good things about New York Comic Con is that I get to meet people that I normally only get to correspond with on the internet.  Granted, I am much less socially awkward online so I probably seem like less of a weirdo that I do in person, but I try.  It was good to finally meet Amy from Lulubell Toy Bodega, who are by far one of my favorite toy stores/manufacturers.  They come out with some of the most mind blowing stuff you'll ever see and they are great at keeping it affordable.

While that dragon figure you see from Restore was not for sale, it was pretty impressive.  The detail on it was some of the best I've ever seen and will surely be popular when it goes into production. 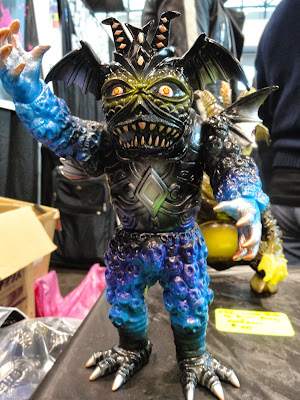 I managed to snag my first ever Ultrus Bog.  Skinner created this dude and I've wanted one forever, but the timing has always been off for me to actually get one.  Now he is resting securely in my display case and freaking out the cats, who I'm pretty sure think he is some sort of mutated insect coming to take revenge for the amount of bugs they have consumed in their lives.  Or they just can't believe that this is how we are spending their inheritance. 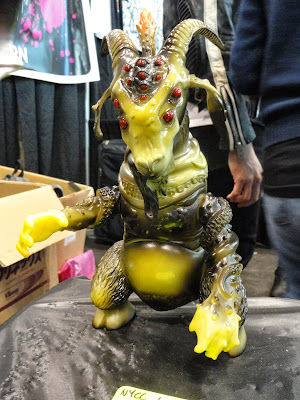 I was sooooooo tempted to get one of these Shub Zeroths from Metacrypt.  It really is the only thing I regret not picking up while I was there, but I was trying to behave myself as far as my spending went and unfortunately he didn't make the budget.  But this figure is gorgeous in person, especially with this paint job. 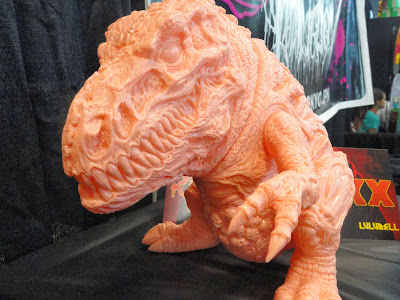 Rotten Rexx was a literal big hit.  This is one gigantic chunk of mean looking plastic.  They had these crazy marble-swirled versions but they sold out before I got there.  This unpainted guy though was pretty sick and at only $125 you won't find a bigger figure for that low of a price.  You can preorder one now directly from Lulubell. 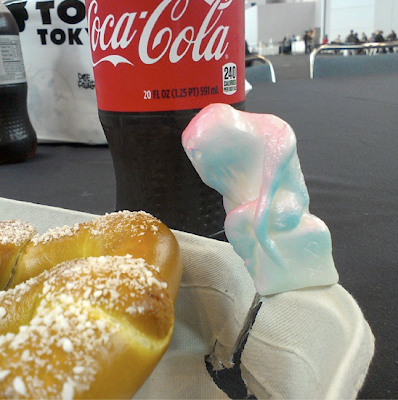 And I bought my first ever piece from Velocitron!!!  This pocket idol was only $3 and was my favorite unplanned purchase by far.  I just fell in love with this little dude, and he was a great lunch companion.

We took a lot more pictures and posted them up on our Facebook page at www.facebook.com/TheToyViking so you should look at them and stuff.