Even More NYCC Exclusives from myplasticheart 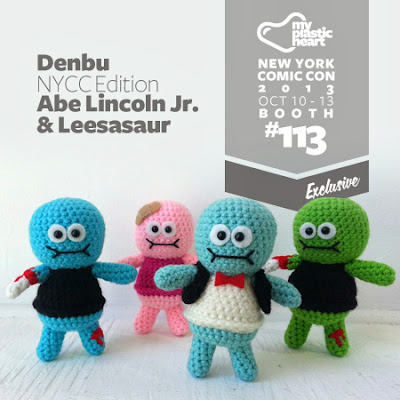 My wife is losing her mind over these.  As I've told you before, she crochets, so she gets really excited when she sees anyone under the age of 150 doing something cool with the craft she loves.  Her future best friend Leesasaur has teamed up with Abe Lincoln Jr. for these Denbu figures.  Only 6 of each design were handmade with love.  And yarn, cause yarn is the most important part actually. 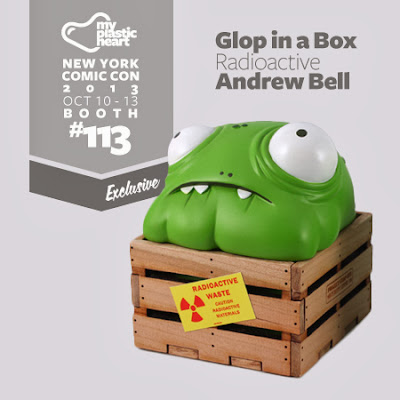 Glop In a Box is a very descriptive name for this toy.  It's exactly what you get:  this big, green melty dude stuffed into a wooden crate.  That's called truth in advertising folks.  Andrew Bell is the man behind this toy and you can buy one from him directly for $120 when he makes an appearance on Saturday. 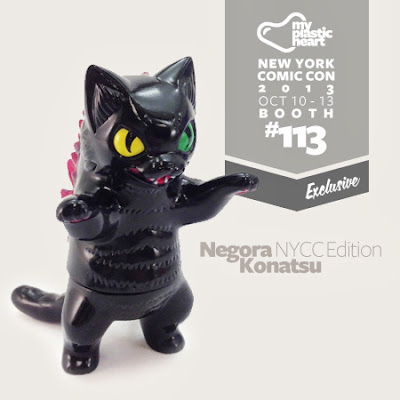 There's not one but TWO exclusive kitty releases this year?  Are you appealing to directly to me you clever folks?  The first one is this Negora from Konatsu.  This black kitty has some wacky mismatched eyes and can be yours for $35. 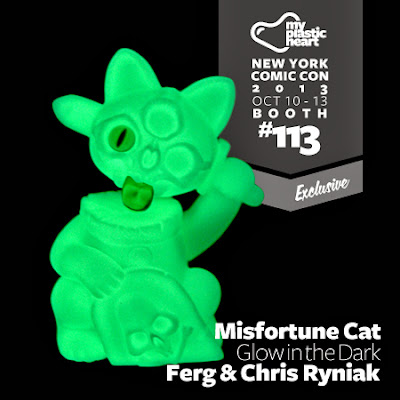 This next plastic feline comes to you courtesy of Chris Ryniak and Ferg.  He looks like he might be having a bad day.  Not only did he drive a sword through his own head, but he seems to be radioactive.  Hopefully he's only on life 5 or 6, cause this is gonna take some effort to recover from.  For $55 you can bring him home and use him to light the path to your bathroom at night. 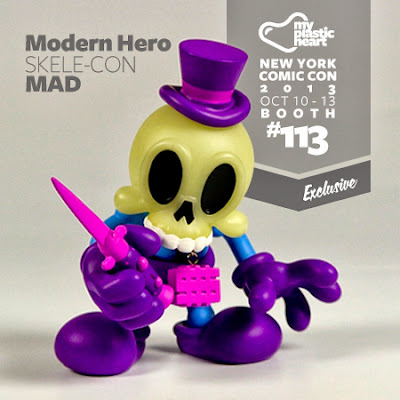 Oooooooh, I dig this guy.  This is Mad's Modern Hero figure living out his Skeletor cosplay fantasy.  I'm digging this guy and I have a strong feeling he may be making the ride back to New Jersey with me.  $65 will get you one of your own so you don't have to touch mine.  I'm kinda weird about that.

Get these and tons more at the myplasticheart booth #113 at New York Comic Con.