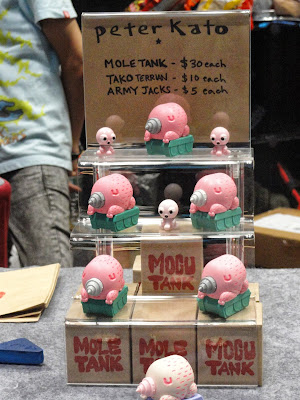 Peter Kato is back!!!!!!  He was quiet for a bit as he built his new studio space, but he made it back to the world of toy making just in time to debut some new stuff at New York Comic Con.  I would have more pictures but he was selling everything so quickly that most of it was gone before I could make my way over to see him.  I love these new Mogu Tanks, and they really show how far he has come in his art.  Check out his online shop at http://peterkatoshop.com/ to see what he has available.  Also, if you're in the New York area this weekend he will be participating in the Arts Gowanus Open Studios, so you can pay him a visit and see how he makes his resin creations. 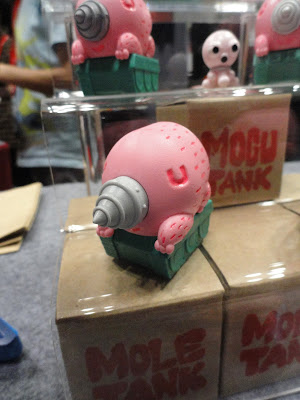