Seen at NYCC 2013: Skinner and Healeymade 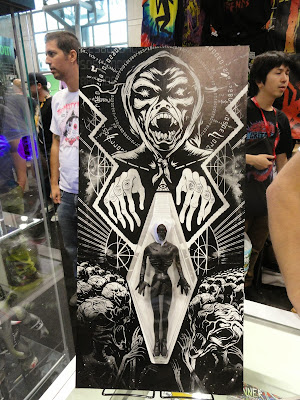 Skinner and Healeymade shared a booth at New York Comic Con, which makes life a lot easier when you're trying to see as much stuff as possible while wading through a sea of people.  And since they shared a booth they also made a toy together.  The backing card on this figure was seriously like two feet tall, but it has to be when you have so much crazy art work to look at.  If you didn't have any way of transporting this sucker at the con or if you weren't able to make it, Healeymade will have some for sale on his website this weekend. 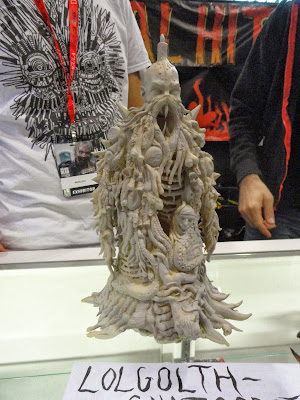 Do you see this?  This monstrosity should really be viewed in 3D so that the pure sickness of the sculpt can creep its way into every wrinkle of your brain and lay eggs.  Skinner teamed up again with Unbox Industries (which is run by Dan, who happens to be my favorite person from the UK who isn't on Downton Abbey)  to bring this unholiest of unholies to life.  There are moving pieces all over the place on this thing and each one comes pre loaded with the spirit of an ax murderer, so you don't have to worry whether you'll get the one that's possessed or not. 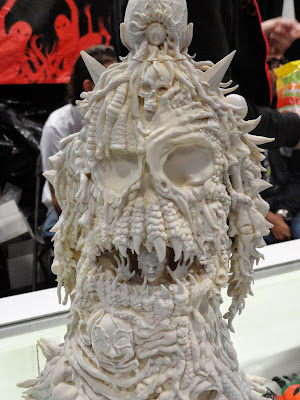 This may or may not be it's butt.  There's a little demon in there though, which is pretty much how it feels after you eat one of those mummified hot dogs from 7-11.  Sometimes they seem like a good idea. Speaking of which, the other morning we stopped at one for donuts and they had a Dr. Pepper Slurpee. No one told me about this and I am outraged I have not yet tasted it.   I would have been all about that had it not been 6am, and being that we were on our way back to comic con, I didn't feel it was the right time to experiment with new frozen beverages.  Back to the figure, it should be up online for preorder soon, as they were taking orders in person at the con.  I couldn't buy one yet because I'm still waiting on my shipment of holy water, you know, just in case. 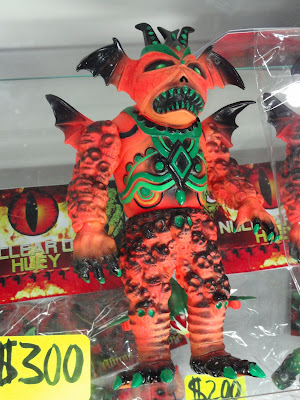 Skinner also has a butt ton of hand painted figures that were selling pretty quickly.  The man makes magic with every toy he touches.  Black magic of course, none of that Harry Potter "I wish my parents loved me" wussy magic. 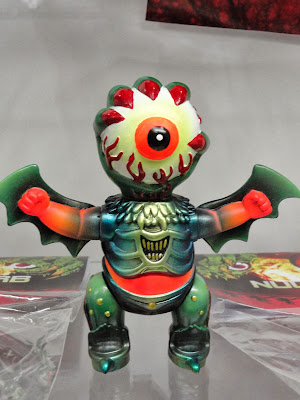 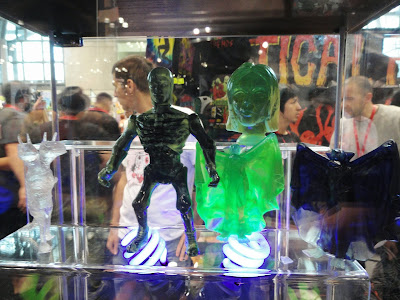 Healeymade had a ton of his original resin creations on display, my favorite of which is the Heisenberg mini figure made to look like the infamous blue meth from Breaking Bad.  There was a lot of stuff inspired by the show at various booths, but nothing stood up to this.  Look, it's even packaged in a little baggy like you bought it straight from Badger on the corner.  I miss that show. 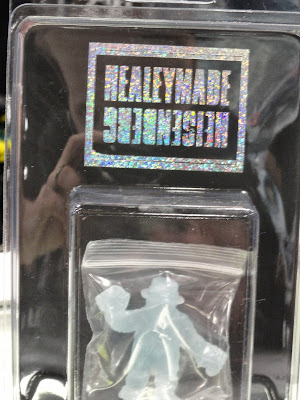 Check out more pics from NYCC at www.facebook.com/TheToyViking
Posted by Chris at 6:49 AM