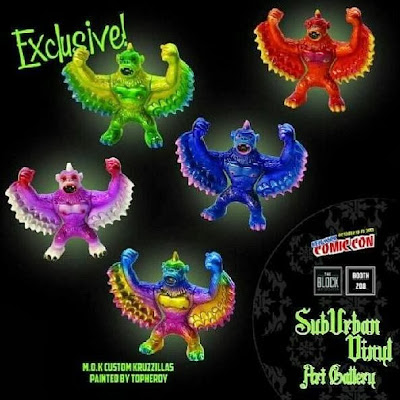 There's so much cool stuff coming out for New York Comic Con and this year it really seems to be all about the smaller toy manufacturers.  These are people working hard at their art in between their day jobs and other responsibilities and it's great to see people like Suburban Vinyl supporting them by giving them such prominence at their booth.

Ministry of Kongz has been making some pretty cool toys based on Thai mythical creatures for soem time now, but check out these versions painted by Topheroy.  The Kruzzilla figures you see above are gonna be $40 each, while those insane Yakonimon figures you see below will be $70.  What you see pictured is all that will be available. 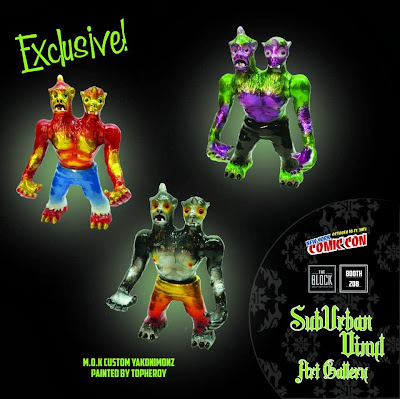 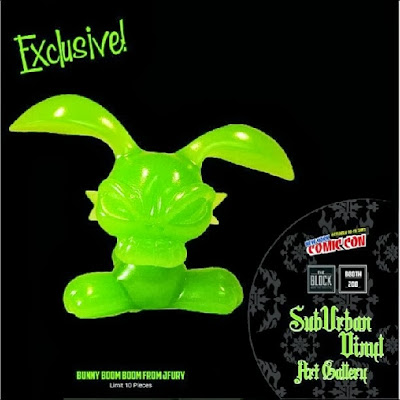 Check out this Bunny Boom Boom from JFury.  He's cast in Mountain Dew green resin, limited to 10 pieces, and will be $65.  On a side note, I am not allowed to drink Mountain Dew because all of the caffeine makes it impossible for me to shut up.  I swear there's something more sinister going on in that soda. 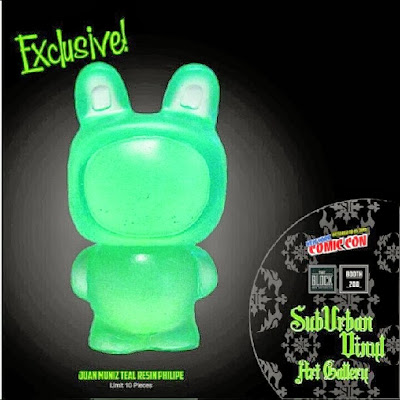 And why not start a little bunny theme?  This is Philipe from Juan Muniz.  He's limited to 10 pieces and  priced at $30.  This guy has had his art featured in this season's The Ultimate Fighter house, so he probably picked up some deadly moves while he was there hanging his stuff.  I'm not trying to get choked out.