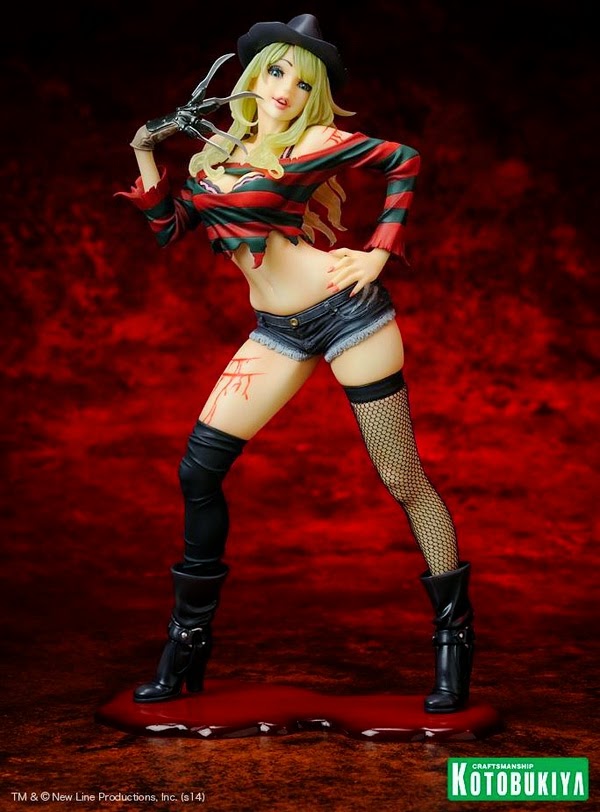 The rules of horror films state that if you're a scantily clad attractive female, you can expect to die in a pretty horrible, often times humiliating, way.  But what if the killer was the scantily clad girl?  Who then is the number one victim?  Do they go around killing monsters and escaped mental patients?  Now my head hurts.

Kotobukiya is turning the world of horror films upside down with their Freddy vs. Jason Bishoujo figures.  Do you realize how many dudes would get killed if she was in an actual film? It's easy to stay the hell away from a dude that is covered in burns and has steak knives taped to his fingers, but no guy would ever run from this girl.  He'd be like "so, can I uh, call you sometime?" right before getting his bowels strung up from the rafters.  The male population would dwindle down to nothing.  And every guy would want to watch this film cause of the half naked girls, regardless of whether they're sociopathic murderers or not.  Call me Hollywood,  this is box office gold.

Freddy is the first movie monster to get the hot chick makeover, but they are creating a Jason version as well.  Look at the abs on her?  Evidently she does Crossfit to prepare for a night of slaughtering campers.  Freddy is up for preorder now on Entertainment Earth and if you click on the link to the right there to place your order, I make a few bucks, which helps me feed my cats.  Those guys eat like a plague of locusts. 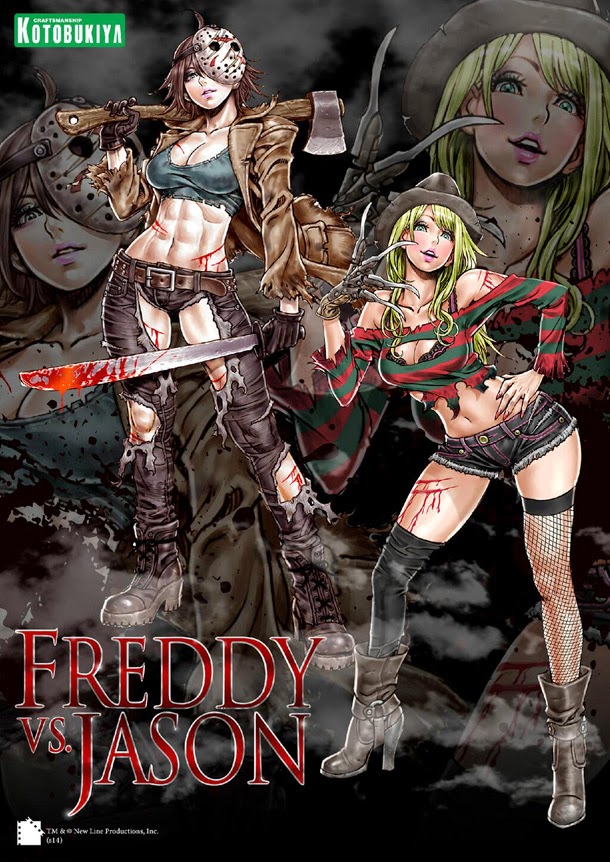 Email ThisBlogThis!Share to TwitterShare to FacebookShare to Pinterest
Labels: Kotobukiya