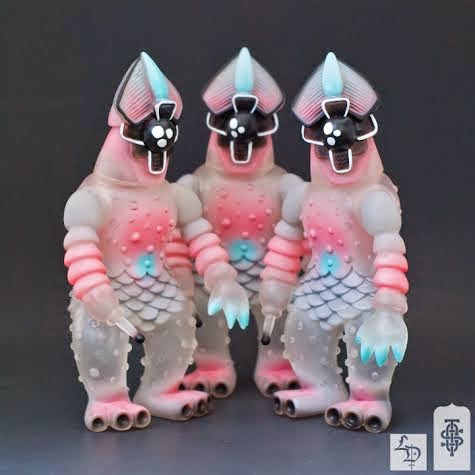 LiverDiet sounds like a good nickname for a viking.  Like, Harold LiverDiet.  It would strike the fear in your enemies that once they are defeated you will eat their iron-packed organs while they are still alive!!!!!!!!!!!!  That's pretty brutal.  Mine would probably be lame if it were left to other people to make it up based on my life.  I would end up Chris Litter Scooper, or Chris Crooked Toe.  I don't see my enemies running in fear of either of those.

In real life, LiverDiet is no marauder raiding monasteries and carrying off slave girls to Scandinavia, but a maker of clothing and toys.  Which is pretty brutal on its own, if you think about production runs and profit margins.  He has customized 8 of these Semi Korosiyas from Cop A Squat Toys and they are things of beauty.  The nice, subtle paint job goes a long way to bringing out the qualities of the figure itself.  Each one will come with an 8x10 serigraph (seen below) and one lucky collector will also get a snapback hat so you don't get sunburn on your head this summer.  Have you ever sunburned your scalp?  It sucks, don't do it.  You never think about that exposed part in your hair until it's too late and it feels like it's been licked by the fires of Hades.

These guys go on sale this Friday, April 25th at 7pm only at http://copasquattoys.bigcartel.com/. 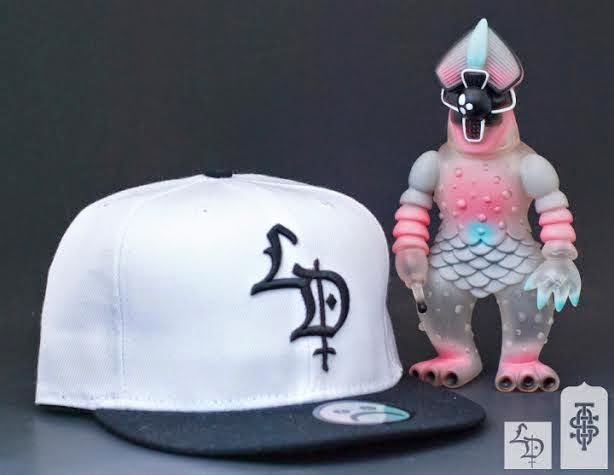 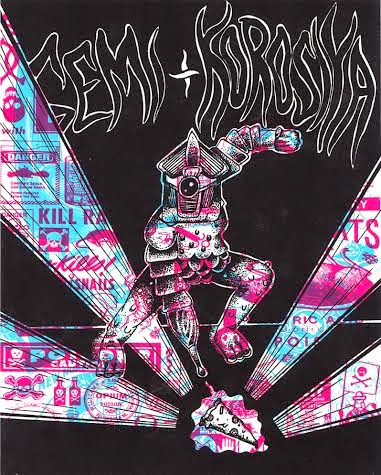