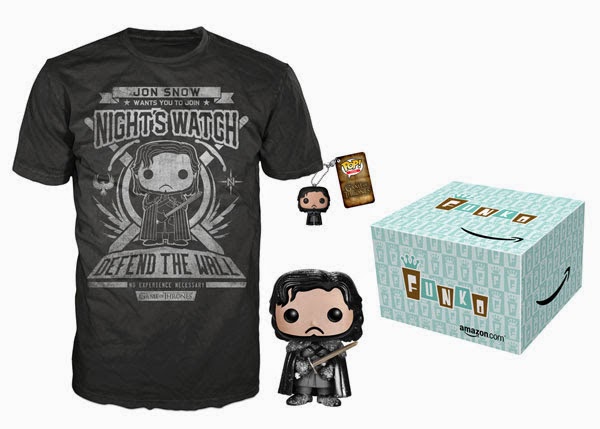 I would like to firmly smack the person that scheduled the season premier of Game of Thrones at the exact same time as Wrestlemania.  I hate having to make decisions like that about what I'm going to watch, and in the end Wrestlemania won out.  Because if I didn't watch wrasslin last night the internet would have spoiled it for me and I wouldn't be able to watch RAW tonight because that would have spoiled it for me.  I'm hoping that those of you who watched Game of Thrones will be kind and keep it to yourself until the rest of us catch up.  Please and thank you.  But holy crap if you watched WWE like I did you're probably half pissed/half excited this morning.  I'm not gonna ruin it for you in case you didn't see it, but it was pretty surprising.

To celebrate the return of Game of Thrones (which I missed) Funko has created these two bundle packs that are exclusive to Amazon.com.  You get a t-shirt, a figure from the show, and a keychain of said figure.  The Daenerys Targaryen figure is brand spanking new and since we named one of our cats after her I'm gonna have to get one.  These will ship out at the end of May but are up for preorder now. 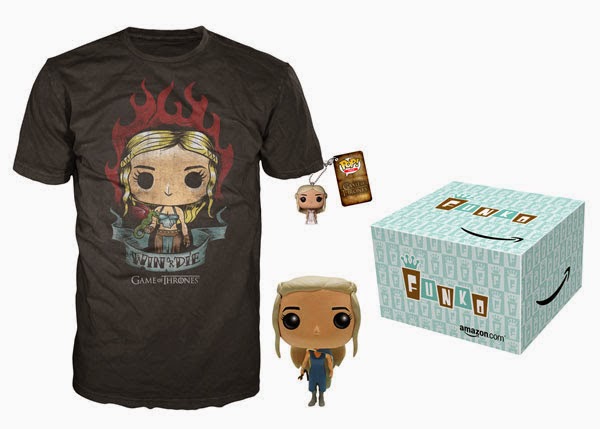 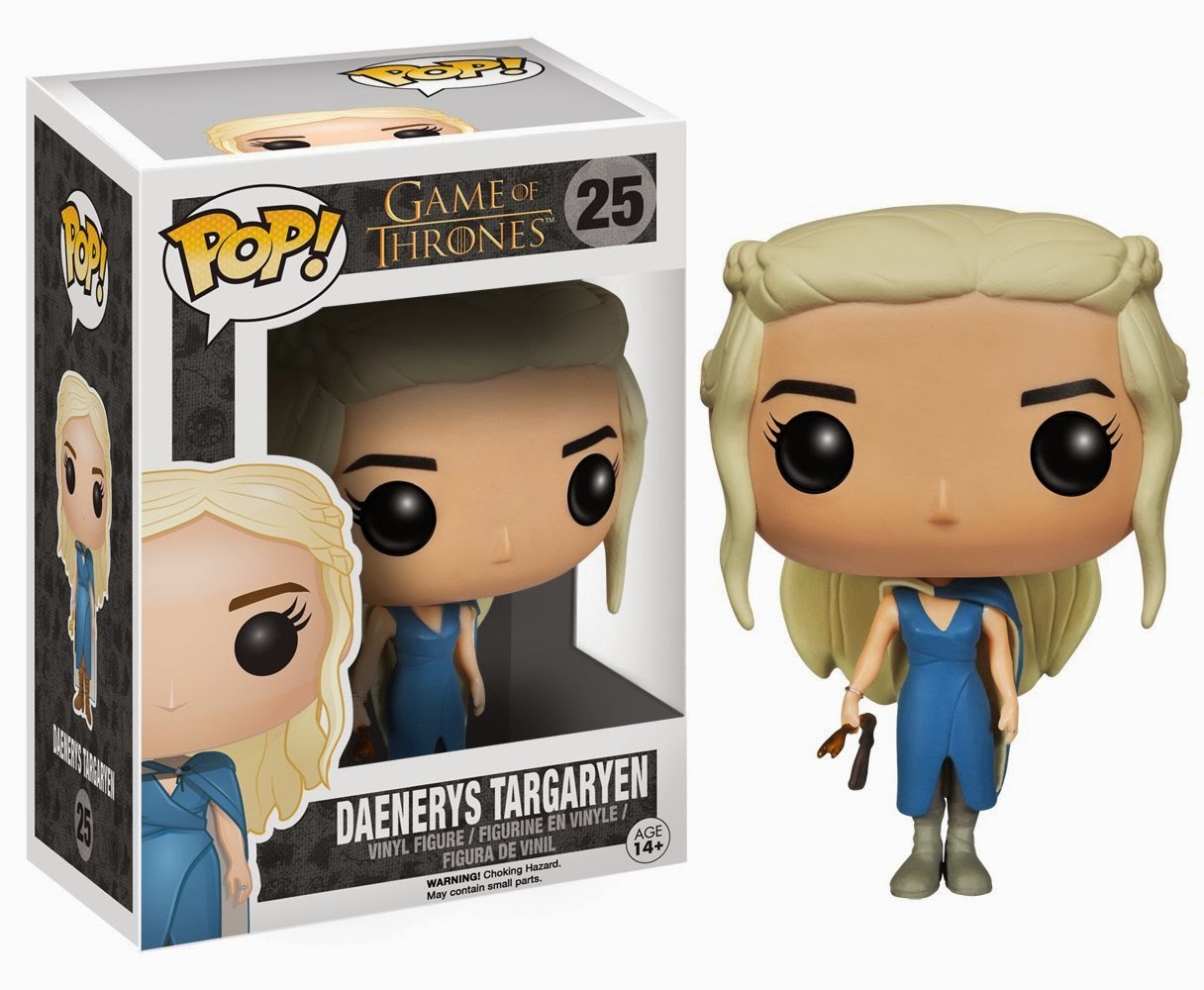