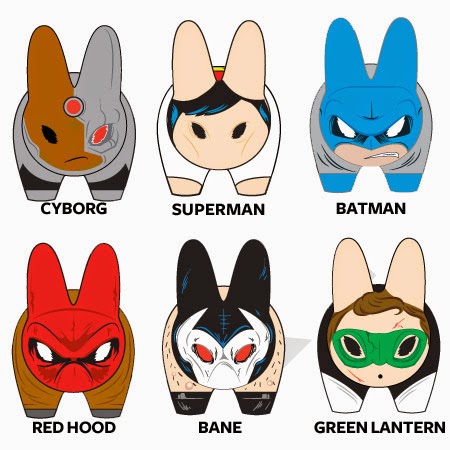 I first showed you pictures of these that I took at Toy Fair last february.  Since then there hasn't been anything else said about them, other than some websites offering them for preorder.  Then magically they were unleashed upon an unsuspecting world yesterday in what could best be described as a pseudo-surprise release.  Things have been weird with Kidrobot lately, and I know people have been panicked after their huge sales they've been running online and the fact that there hasn't been nearly the level of communication through social media that fans have come to expect over the years.  But I take this as a step in the right direction, even if the only way we found out about them was from stores posting on Instagram that they had them in stock.  At least there's new product out, and it's stuff I've been excited for since I heard about them.  These 6 carded Labbits retail for $10 each and I'm gonna especially need that Batman one.

I'm not one of those internet trolls that complains about Kidrobot for everything that they do.  I love them and a huge portion of my collection in made up of their releases.  Hopefully everything is going well there and they will continue to drain my bank account for many years to come. 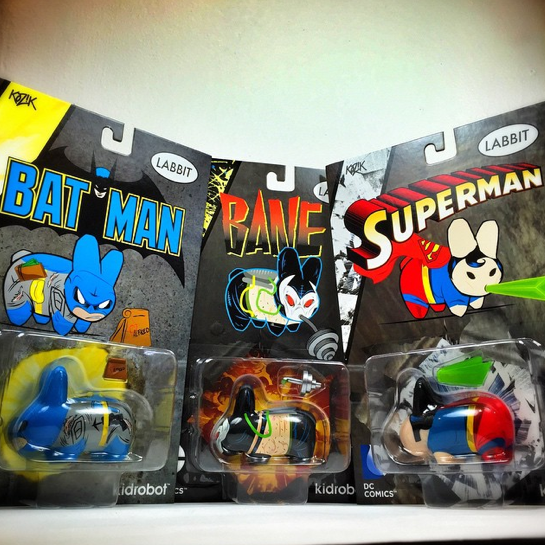