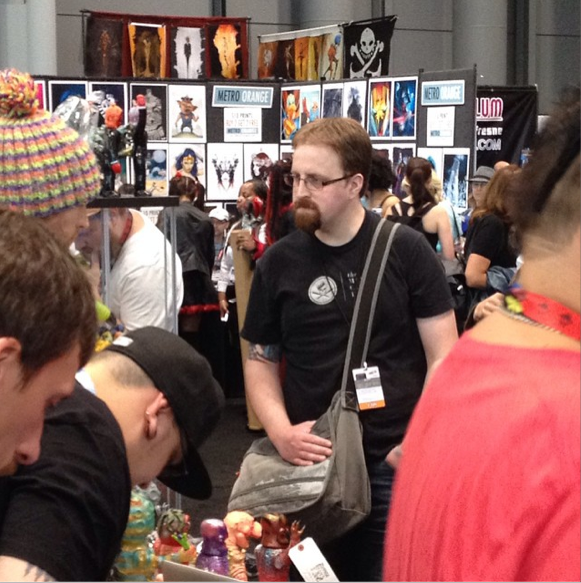 What's this?  Is it a picture of the elusive yeti?  The Loch Ness Monster?  No, it is you humble narrator, looking quite studious in the midst of conversation about some toy or another.  This rare image was snapped by Benny Kline of Tenacious Toys and thankfully I wasn't doing anything embarrassing at the time.  Though I was caught with my man purse, which comes in handy when you're trying to get rid of money like it's covered in ebola.  You gotta put all those toys somewhere.

Each year Benny takes the time to put together a giant collective booth of artists and companies that is kinda like it's own sustainable village.  They have their own fire department, sanitation system, and currency.  Ok, not really, but if they get any bigger the post office is gonna force them to get their own zip code.  Not that I'm complaining because you can never have too much stuff to look at.

My favorite thing at the booth was Bigshot Toywork's Four Horsies of the 'Pocalypse line.  I'm a little biased though, because I did support the Kickstarter for Maddie and have one of those coming my way any day now.  After getting to hold it I'm even happier to have supported its creation, because it is an amazing looking toy.  I already have a spot in my display case reserved for its arrival. 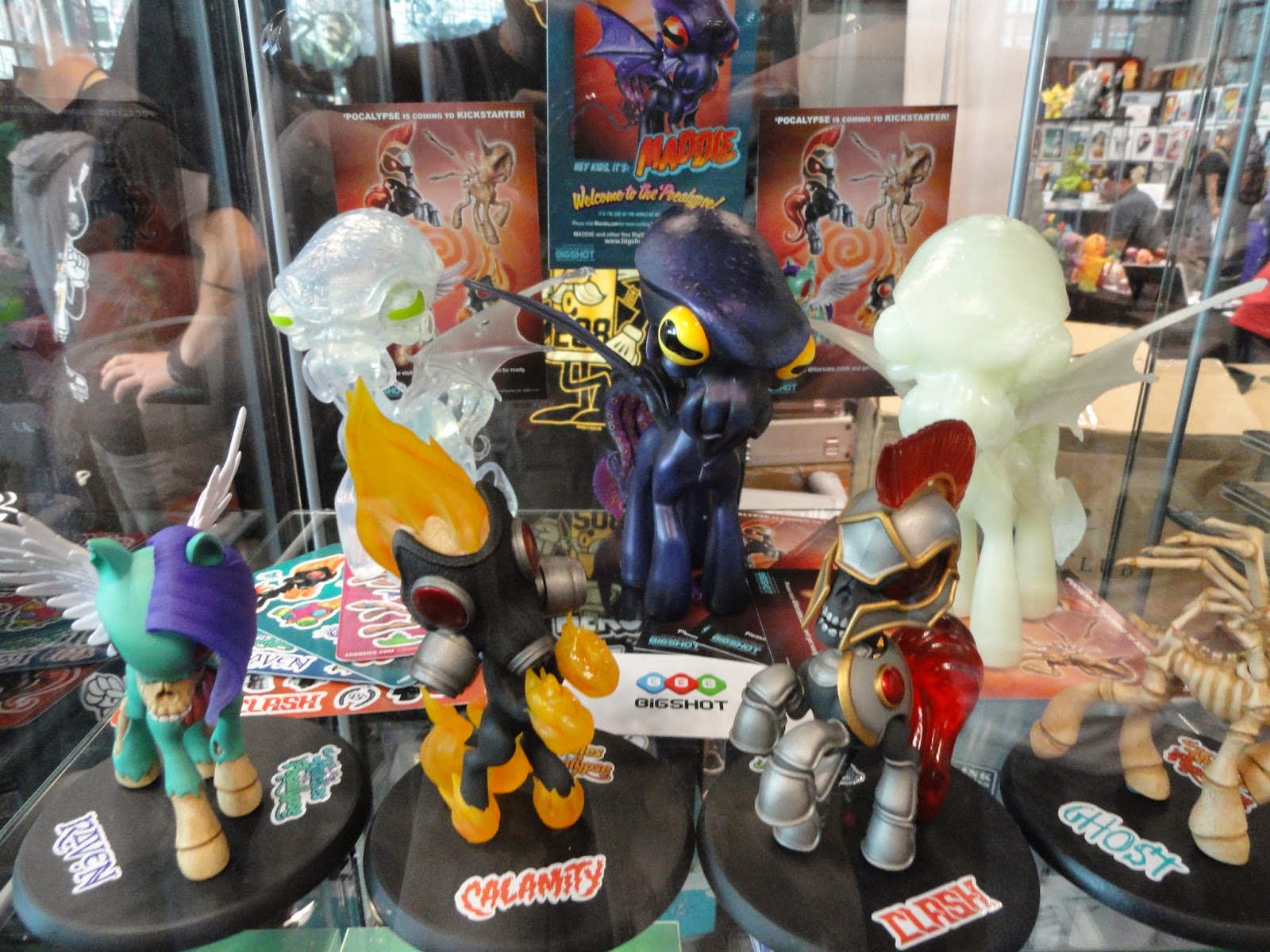 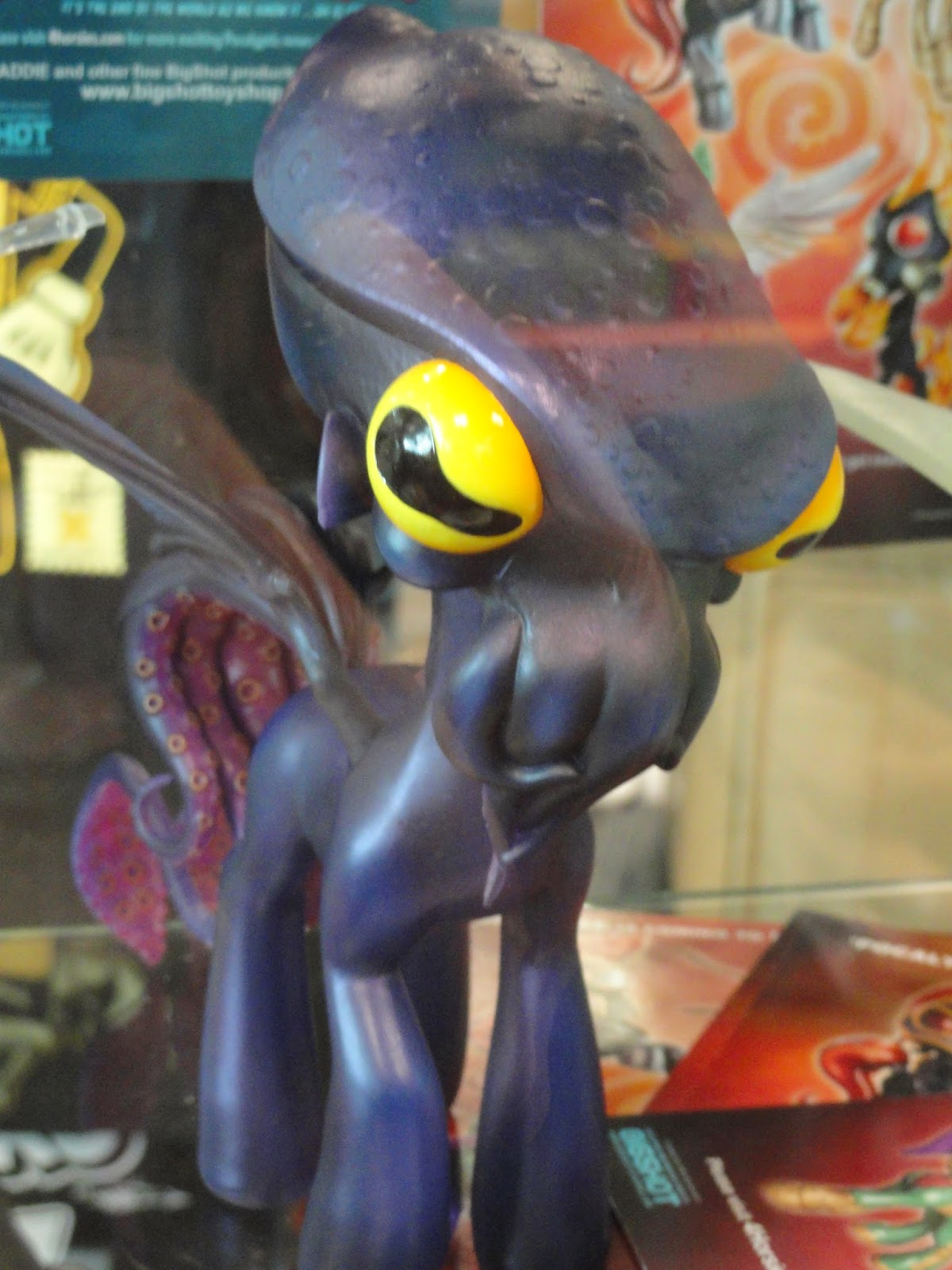 Take a gander at some photos I took and check out www.tenacioustoys.com for anything they might have left over from the convention.  Many more photos can be found at www.facebook.com/TheToyViking. 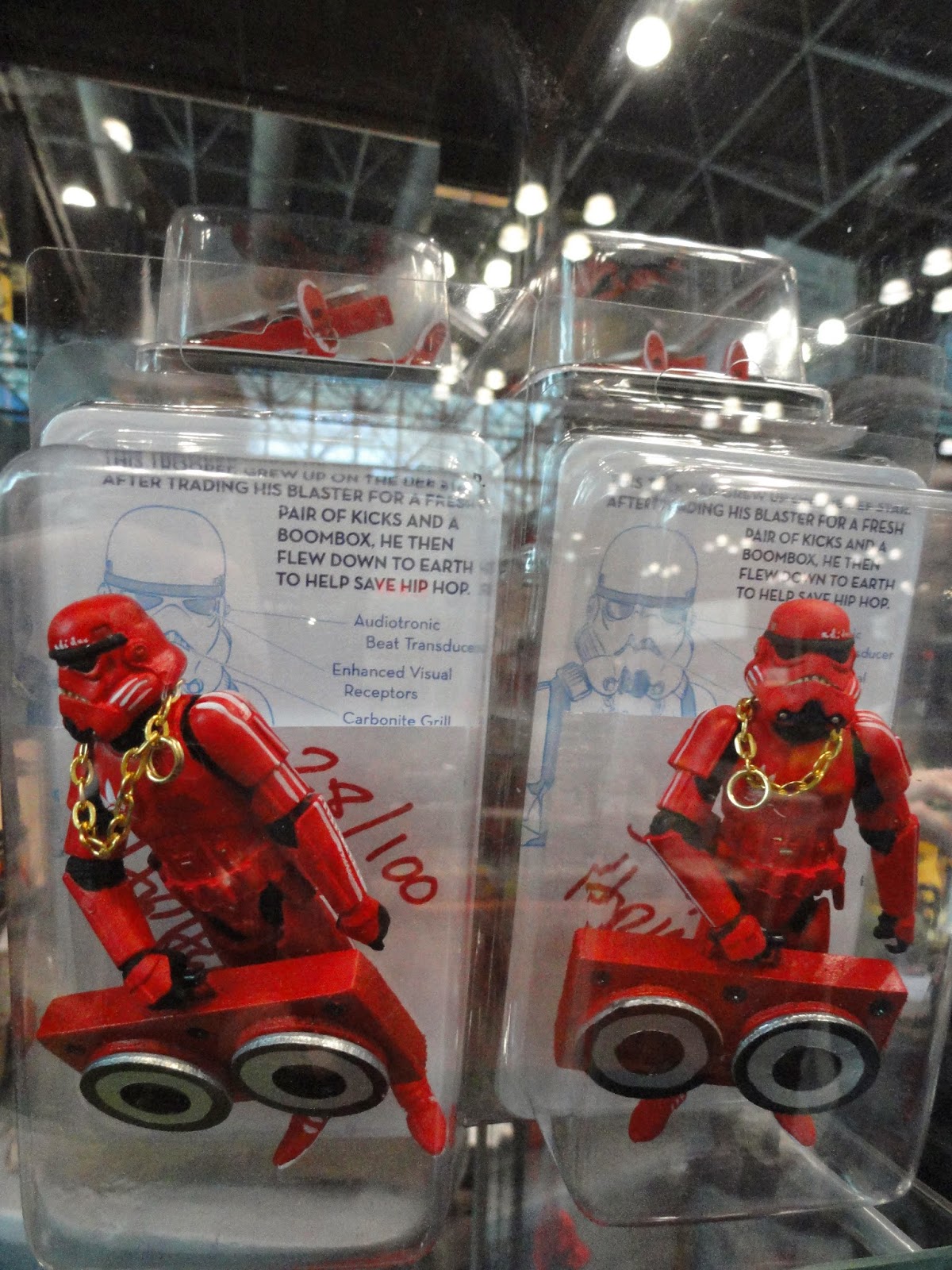 Things got weird after the second Death Star blew up. 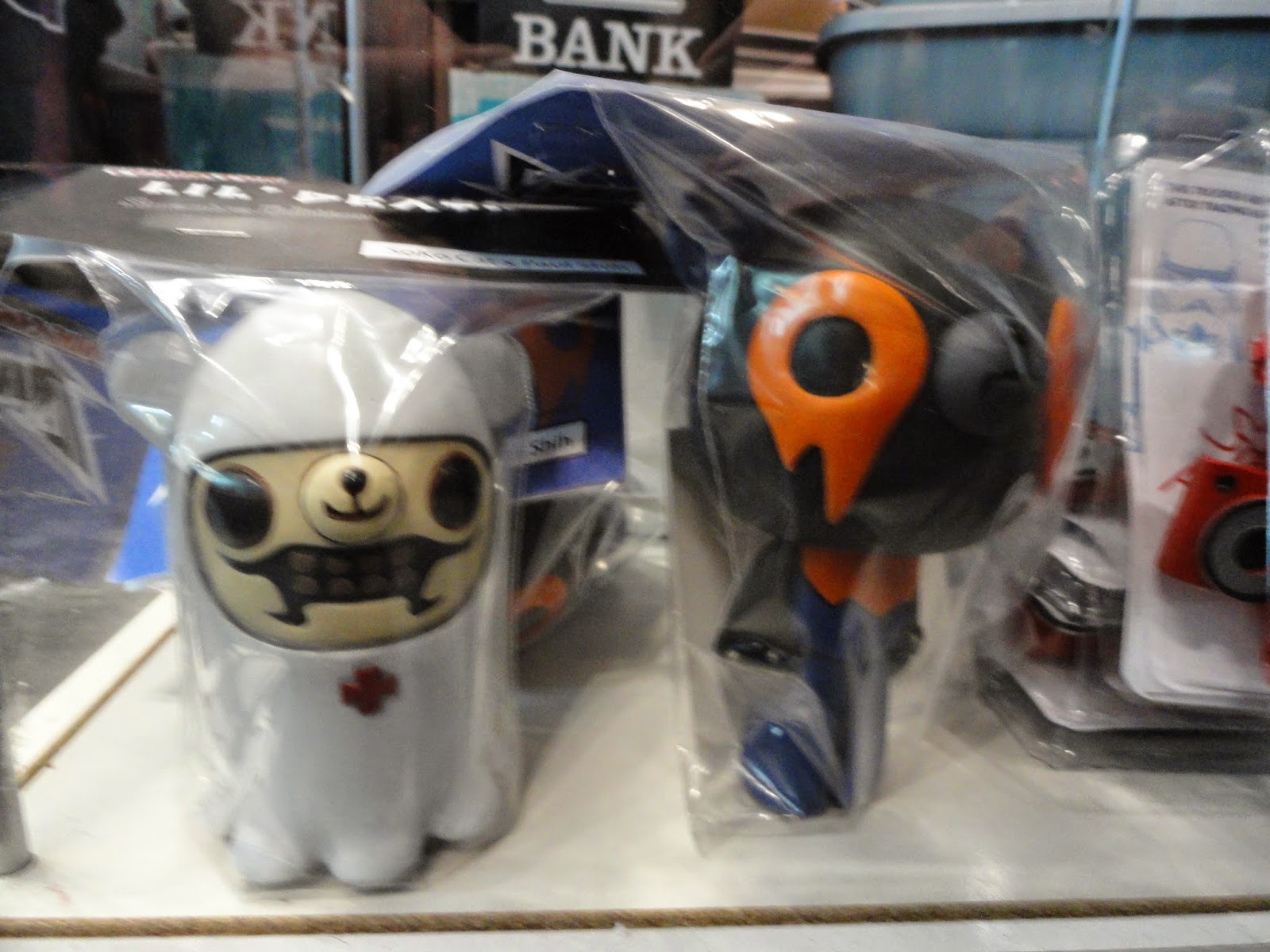 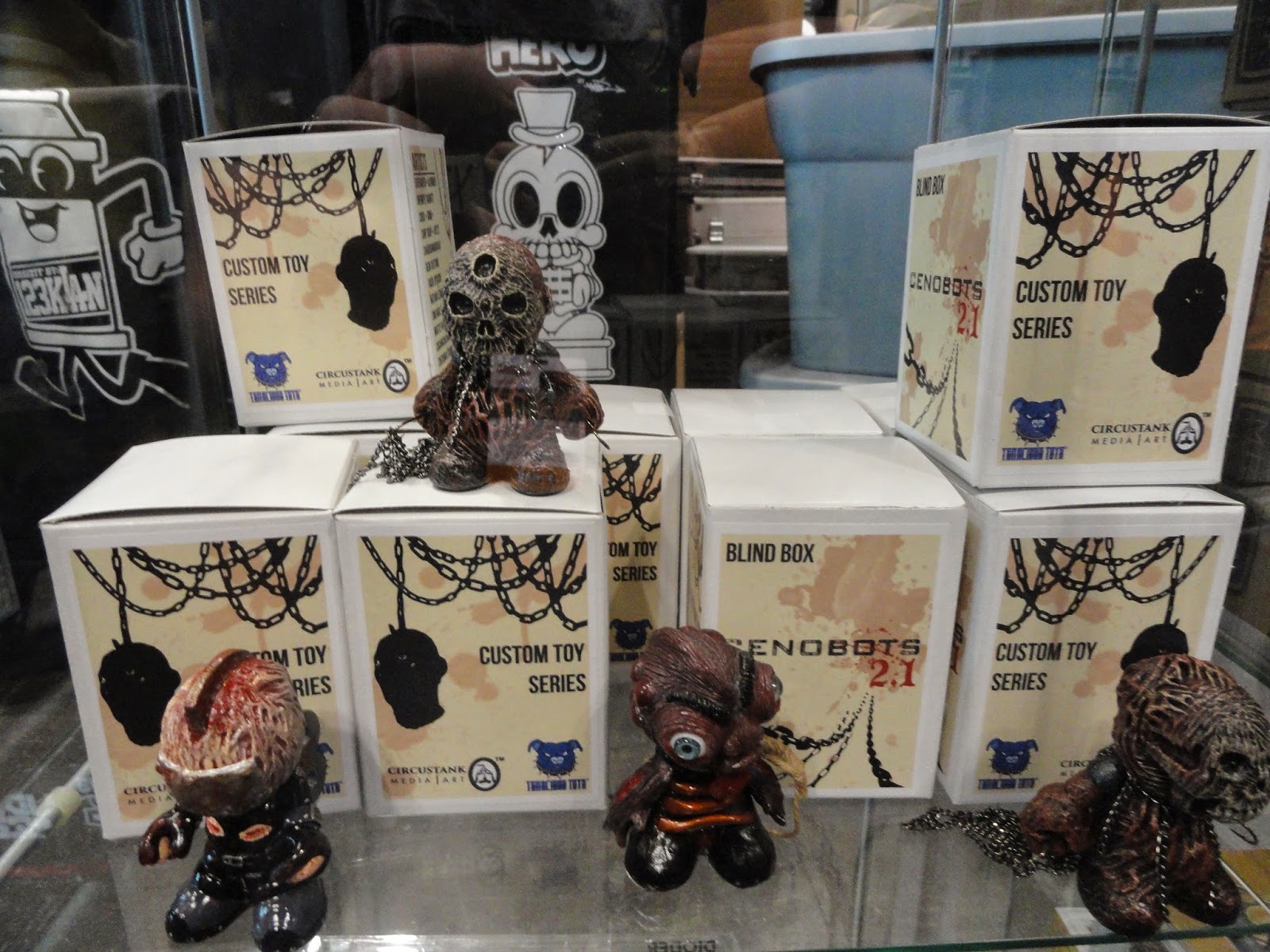