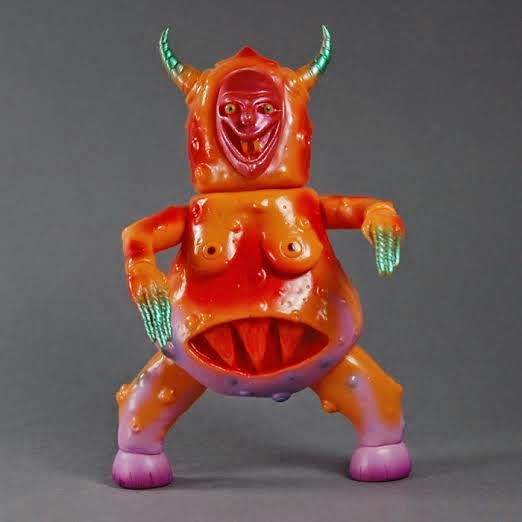 Sweet Jesus what on earth is this thing?  It looks like something that would chase you down a hallway in some horror film, laughing like a demented school girl as it thinks about what part of you it will eat first.  If I were to somehow own this, I think I would look in a safe before I went to bed at night, just in case it was as haunted as it looks.  I have learned that it's called a Smalmack and this is the "Uncle Woman" edition.  I now nominate "uncle woman" as two words in the english language never to be paired together ever again.

This freaky thing is part of a triple release of figures today from Toy Art Gallery.  If you need something to scare your kids into staying in their room when they're being punished, then you my friend might be in the market for an uncle woman something or other.  Just put it outside their door, and no kid with a healthy fear of anything will dare cross the threshold of their temporary prison.  For $70, it seems worth it. 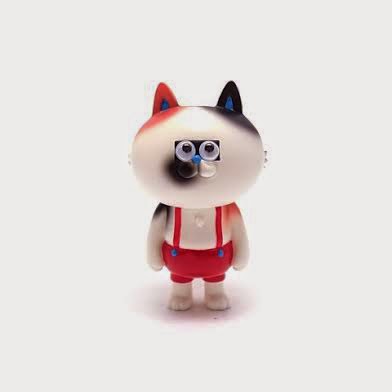 Oh thank you lord it's just a cat figure.  Just look at him, all cute in his little shorts and little suspenders.  Do you know if you happen to die in your home and you own cats that eventually they will start to nibble on your corpse?  It's true, it was in a book written by a former medical examiner in New York.  My cat Jorah bites me on the nose every night while I sleep.  I'd like to think it's because he misses me being awake with him, but I'm realistic enough to know that he's checking to see if the buffet is open yet.  Do you see what that first figure did to me?  It made me a sicko.  $30 will get you one of these cute little guys from T9G. 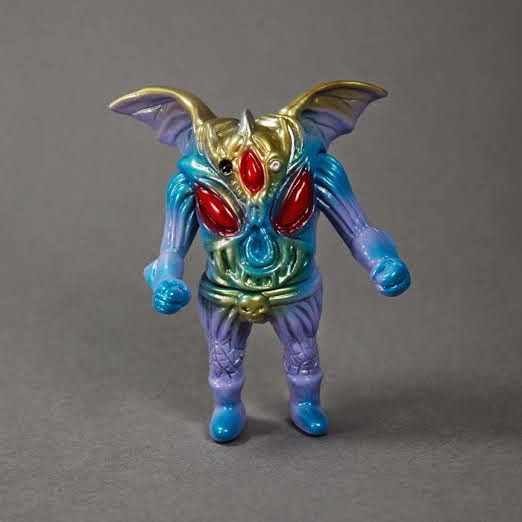 Luftkaiser! Luftkaiser!  I like this little dude.  Maybe because he's German and I've always wanted to visit there.  Or maybe it's the bat wings.  Who doesn't love a good set of bat wings?  No one I know, that's for sure.  This dude sprung from the mind of Paul Kaiju and is kinda giving off a Skeletor vibe with this paint job.  I dig it, and you can too for $45.

You can snag all three of these toys when they go on sale at noon Pacific time from http://shop.toyartgallery.com/.