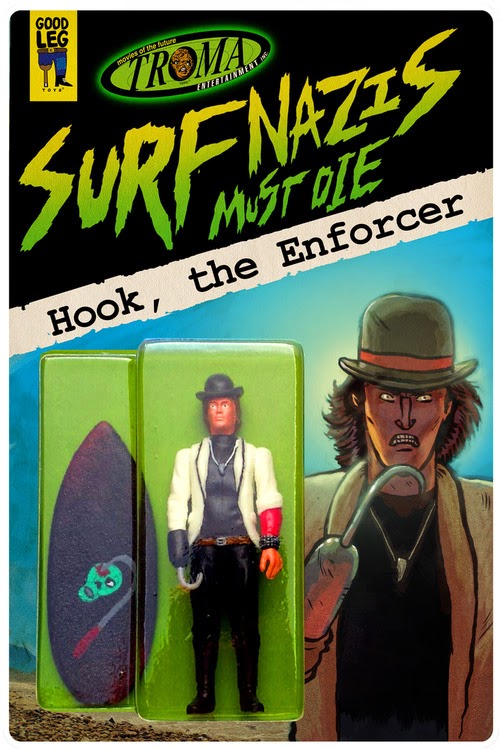 World War II would have been a lot less eventful is the Nazis had actually taken up surfing.  They had a lot of hobbies, but none of them really on the "healthy" side.  Have you ever met an angry surfer?  I haven't.  They're all just too busy "shredding the gnar", or whatever it is that they get so excited about.  Honestly, I can't understand a thing they're saying, but my point is they keep themselves busy enough with their silly sayings and their skin cancer that they don't have time to think about trying to take over the world.  Which is why I am proposing a new division of the United States military that will focus on introducing new things for angry groups of folks to occupy themselves with.  I'm calling it the Arts and Crafts Brigade, but that's just a working title, and they will be in charge of setting up hobbies for militant groups that are giving us issues.  We're gonna start in the Middle East, where thousands of Bedazzlers and bags of sequins will be air dropped on enemy bases.  Once our foes start embellishing everything they own in semi-precious stones, they'll be too busy being fabulous to even worry about all that murder and mayhem nonsense.  Maybe we can teach North Korea the benefits and excitement that await them in the world of inline skating.  The possibilities are endless.  You can go ahead and mail me my Nobel Peace Prize.

Ok, so surfing really didn't do the trick in keeping calm the hooligans in Troma's Surf Nazis Must Die.  Or did it?  I'm not going to tell you and spoil the film. I'm not that kind of jerk.  I'm the kind of jerk that will tell you about the sweet action figures from Goodleg Toys featuring characters from this classic that I'm sure by now is archived in the Library of Congress.  Hook the Enforcer comes in two versions, the regular which you see above, and the Shark Edition, which you can see here: 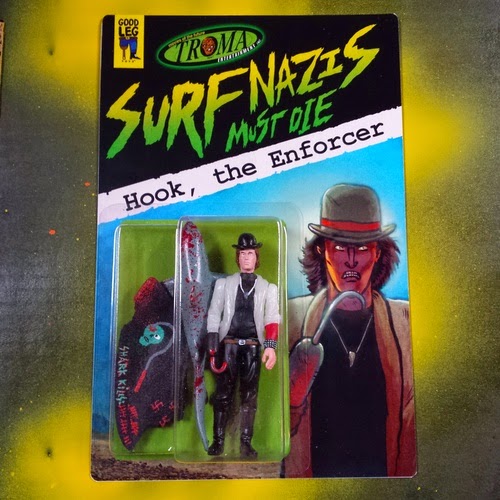 There are 30 of the regular and just 5 of the chase version, so get your hind parts over to http://goodlegtoys.tumblr.com/ and get one before they're gone.