I remember the day that I almost had a heart attack after I realized we had five cats.  Okay, I'm not stupid, I distinctly remember having five, but they were never in the same room together so the impact of it wasn't that great.  Then they all started getting along (for the most part) and sitting in the living room together at night.  Sharon and I were eating dinner and watching tv (two sports we excel in) when I looked around and noticed they were all there just hanging out.  I dropped my fork, turned to her and said "My God we have five cats."  It was more an emotional revelation rather than a mathematical one. I was now having the reaction that most of my coworkers first had whenever we talked about our little house critters.  But when you think about it, each of us only has two and a half cats, so neither one of us can really be called crazy cat people right?  The half cat thing is kinda crazy, and you shouldn't have half of a cat in real life, only in theory when you're trying to explain how rational it is for your house to resemble the ASPCA, but the rest is pretty sound logic.  Cause you can't just have one cause they'll be lonely, and once you're up to three they start forming alliances, so you have to balance out the power struggle by adding a few more, but you can't have an even number because then when they need to vote on a particular cat issue you don't want to risk a deadlock, so you have to have a tie breaker.  I'm just gonna stop now.

I have officially reached capacity ("catpacity"  Ok, this word really needs to be part of everyday speech.  For example "Don't tell Tina about your kittens, she has totally reached catpacity in her apartment."  Make it so!) as far as real cats go, but I still have plenty of room for plastic ones.  Like these Wananeko figures from Javier Jimenez.  There are two different versions you can get your grubby little paws on.  The first is a special Halloween edition that will be available this Sunday, October 26th at 11am Eastern time. 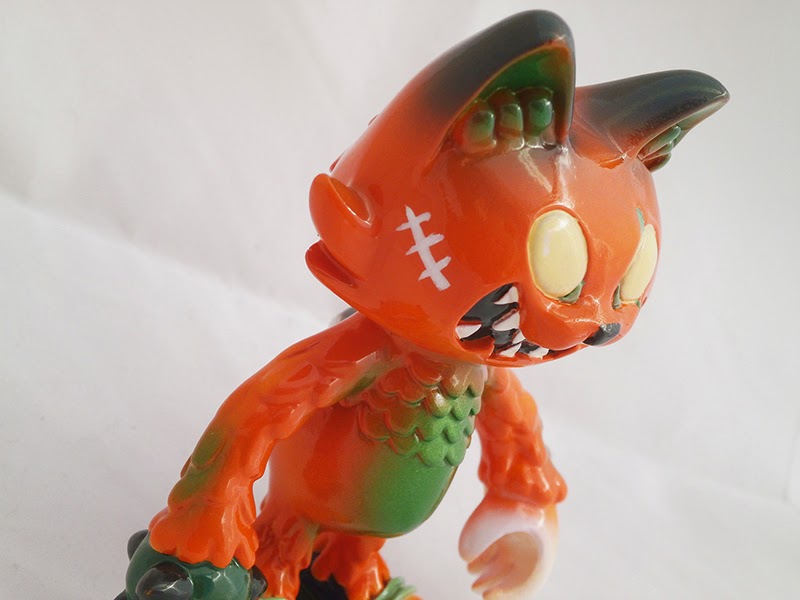 The second is a preorder for a Calico version that's available right this instant!  They are limited though, so if you want one you gotta make it happen soon.  Get em both over at http://www.lakaijufam.bigcartel.com/. 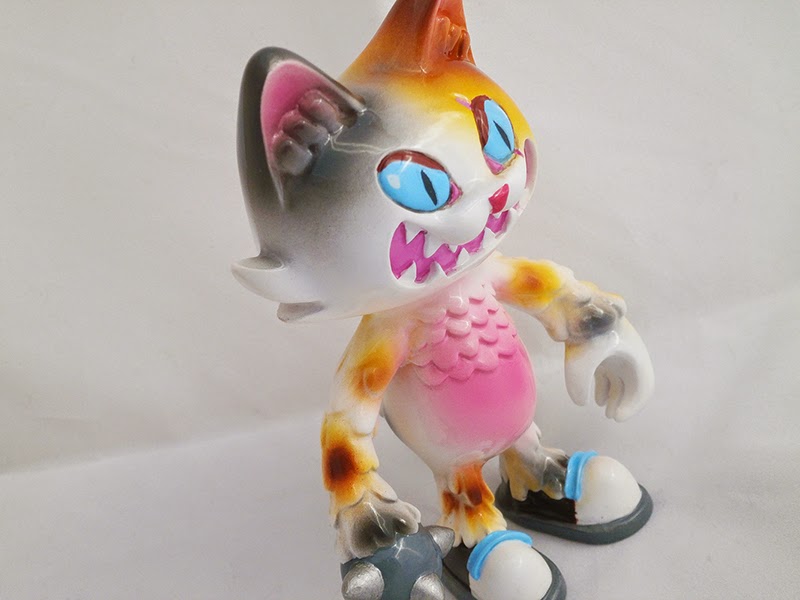