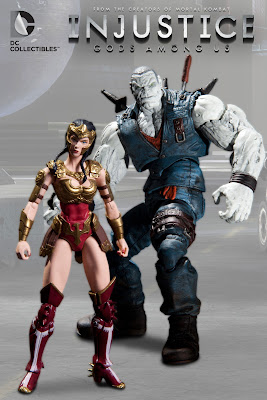 I'm not big on the whole fighting game genre myself, as I have too many bad memories of broken controllers and holes in the wall when Mortal Kombat didn't go my way.  Now that I have nicer things I don't really need to revisit anything that can infuriate me enough to throw my possessions about.  So the idea of playing the new Injustice: Gods Among Us game makes me a tad nervous, but that doesn't mean I can't buy all of the toys and have my own battle royale in my living room.  One in which the stupid computer controlled characters never win and I remain undefeated.

DC Collectibles are releasing these guys in packs of two cause duh, who would they fight otherwise.  Next month they will release Wonder Woman and Solomon Grundy along with Deathstroke and Green Arrow. 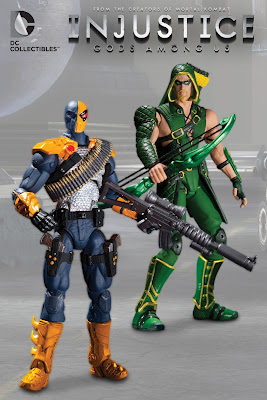 Then in June you can get Harley Quinn and Cyborg.  You all know I love Harley Quinn, but I am not feeling this design.  She looks like she's gonna do a rain dance.  Every year when I go to comic conventions she is the character people dress up as and screw up the most, so maybe this is fitting.  She looks cool in the game, but it didn't translate well to plastic. 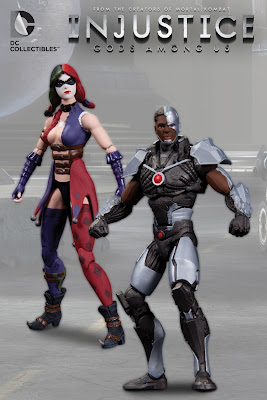