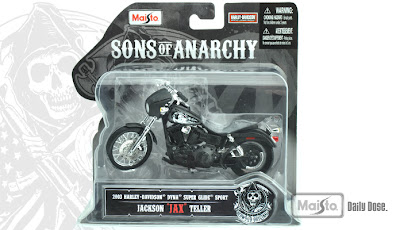 Is there any guy out there that watches Sons of Anarchy that doesn't wish they could be a part of the craziness?  Sure, you're pretty much guaranteed to get murdered, but it seems like a great time up until then.  Your day job involves riding around on your Harley, being a bad ass, selling guns and getting women.  It's the American dream condensed into hour long episodes.  But since I don't think I would have the best time in jail, I should probably stick to writing about toys and petting my cats.  Seems a bit safer that way.

Now it's easier to live out our outlaw fantasies with these die-cast bikes from the show.  Maisto has released the rides of Jax, Clay and Opie.  They're popping up in stores now and most online sites have em priced at around $30 for the set of three. 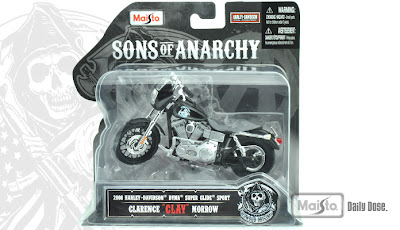 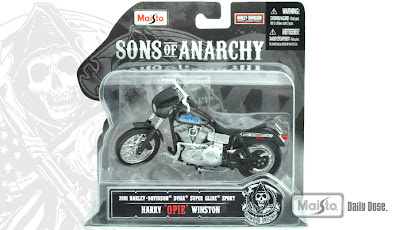