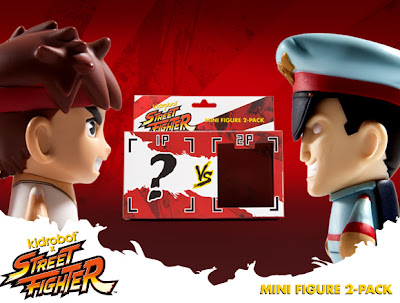 Once, when I was but a wee lad, I went to a video store (they used to exist I swear) and bought a used copy of Street Fighter for the Sega Genesis for only $20.  That's it, that's the end of the story.  Everything can't be amazing all the time, sometimes stories don't go anywhere at all or end happily.  I mean, I went home and played it a lot and was pretty happy about that.  Ok, so maybe my procuring of this game wasn't an Indiana Jones-caliber adventure with snake pits and what have you, but when you're 13 and you grew up in the middle of nowhere things like this were a bigger deal than maybe they should have been.  You don't know my pain!

Kidrobot is continuing their relationship with the Street Fighter franchise with an all new set of figures. What's kinda neat about these is that they are sold in packs of 2, but you only know one of the figures you're going to get.  The other is a mystery opponent just like in the game.  These come out on March 28th and will sell for $17.95 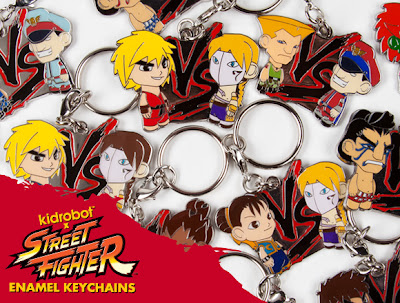 They also made some keychains.  They're blind packaged.  And for your keys.  They also make fabulous nose jewelry.  For your nose.  They're $4.95 and come out on the same day.