Well this is frightening.  Frank Mysterio revealed his new figure last night with this unpainted black edition of 10 at San Diego Comic Con.  Sculpted by Chauskoskis, Anticristo 666 is the stuff of nightmares.  And he looks like a lot of the women around here who are obsessed with tanning.  They get all leathery and football like and they swear they're attractive when really they look like chicken that you forgot about in the oven. 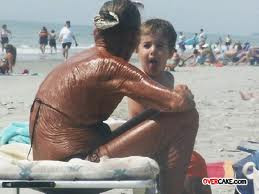 It's a great look for a hell spawn, not so much for a woman.

This is merely the debut of this figure, so expect lots of different color variations in the future.