Even More SDCC Exclusives from DKE 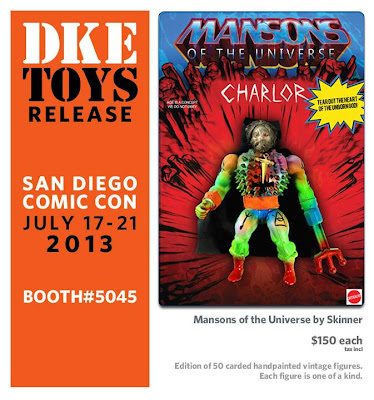 Skinner just won Comic Con.  He took classic He-Man figures, replaced their heads with that of Charles Manson, and painted em up all nice and pretty.  Every idea that everyone else has ever had is officially dumb by comparison.  And they're only $150?  You can't even get him to think about painting something for you for $150, let alone get a complete, carded figure.  He's a busy man, and time is money.  I wonder what he did with all the heads he cut off? 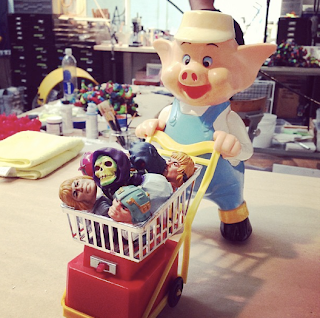 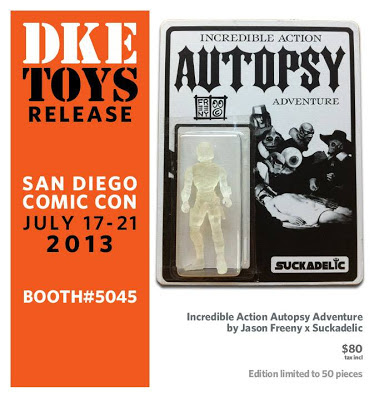 Didn't I just do a whole post yesterday about The Sucklord and his DKE exclusives?  Well, they snuck another one in there while I was napping.  Jason Freeny cut this sucker up to see how he ticks and rather than bury him again he's gonna sell him to you!  Everybody needs to know how autopsies work so they can better dispatch of their enemies without getting caught, and what could possibly be a more fun way to learn? 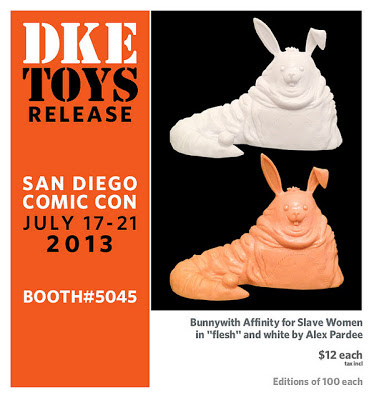 Jabba the Hut and those shut ins you see on tv really aren't that different.  Jabba just had money so he could hire a bunch of fools to do all the stuff he needed, like get him Chinese food and wash his back.  Alex Pardee has effectively captured the likeness of the galaxy's greatest invalid in this Bunnywith figure.  Now bring him some chicken and put his stories on.