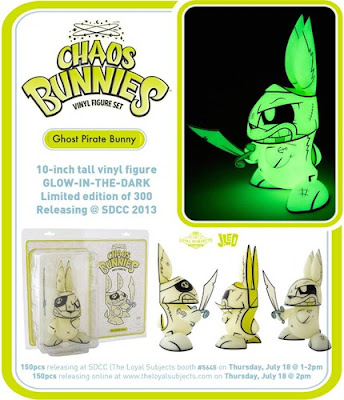 So I love when companies split up the amount of a release to give us geographically or financially challenged folks a shot at scoring a toy.  The Loyal Subjects are doing just that with this Ghost Pirate Chaos Bunny from Joe Ledbetter.  It's still not a viking, but a ghost pirate is pretty cool.  150 of these will be released at the convention July 18th from 1-2pm while another 150 will be release online at www.theloyalsubjects.com the same day at 2pm.