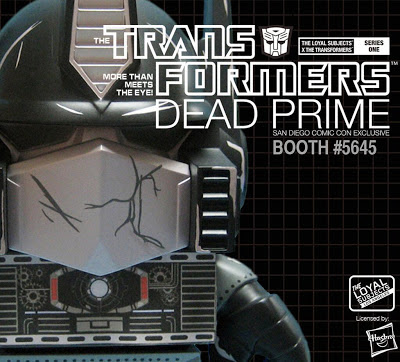 Optimus Prime obviously couldn't take how terrible the new Transformer movies were and decided to off himself.  Can't say I blame him, as I almost did so in a crowded theater while watching the first one.

The Loyal Subjects have released a pretty cool blind box series of Transformers earlier in the year and now they're jumping into the 8 inch realm for San Diego Comic Con.  300 of these Dead Prime figures were made and they will retail for $115 when they are released July 19th from 1-2pm.  This is gonna be another one of those instances where you're gonna wanna line up pretty early if you hope to score one. 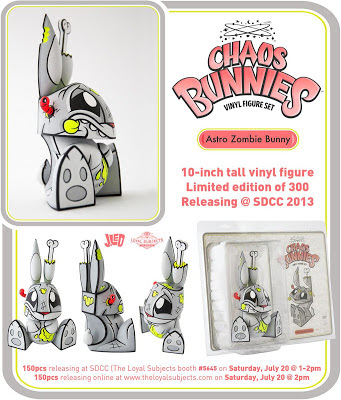 Continuing the theme of dead toys, they will also be releasing this Astro Zombie Bunny from Joe Ledbetter. Unlike owning a real dead bunny, your house won't smell weird and your friends won't try and have a mental health intervention with you.  Everyone will get a shot at one of these suckers, as 150 will be available at the convention, and 150 will be available online.  Which is how it should be done really.  Do you know how angry it makes me to see this stuff that will only be for sale 3,000 miles away and I'll never have the chance to buy it unless it's for some ridiculous price from some butt face that bought it just to sell it?  Pretty angry.