I would most definitely fight a horde of nerds for this figure.  It features two of my favorite things: blood and guts.  Luke Cheuh and Jason Freeny teamed up to help this bear learn all about his insides.  Munky King produced 100 of these for Comic Con and each was hand made.  It is stunning to say the least and in my top 10 of must haves from this year's convention.  I wouldn't tell if they wanted to sell me one right now. 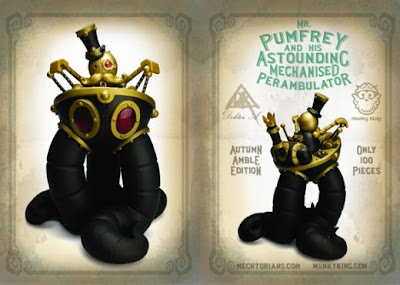 Doktor A doesn't make anything that isn't insane to look at and this might be his craziest piece yet.  What is nice about this is that it is listed as the Autumn Amble Edition, which would lead one to believe that future releases for us unable to make it to San Diego will occur. 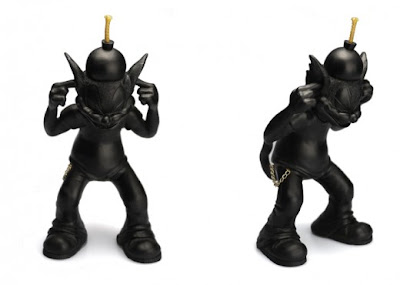 This guy is kinda neat.  Anthony Ausgang released a similar version of this years ago, but he and Dave Pressler have changed up the sculpt and made 50 of them available in this uber limited edition.  Kitty gonna go boom.


Get all three of these by visiting the folks from Munky King at their booth.