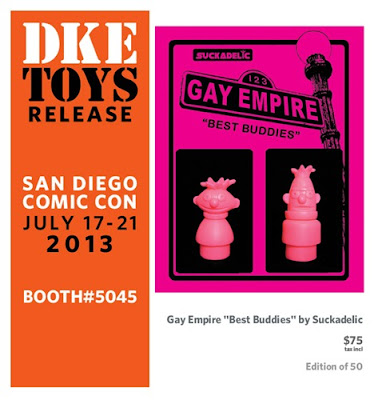 What would any comic con be without The Sucklord peddling his pink wares like snake oil?  Well, it would be less interesting, and the only people yelling at you would probably be security cause you couldn't wait in line anymore for the bathrooms and just peed in the corner.

The Sucklord will have a few new releases with the fine folks at DKE at San Diego Comic Con, and two of them will feature duos who we always suspected had much more going on than the working relationship they swore to.  Bert and Ernie and Batman and Robin get the Gay Empire treatment for these two releases.  We always suspected it and finally we got a little bit of honesty from them. 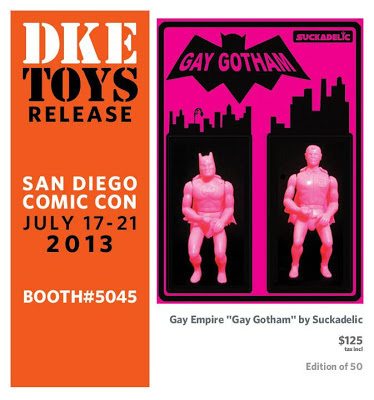 But this, this is worth standing in line for hours to obtain despite the smell of those fellow nerds around you who put more effort into their costumes than hygiene.  Scott Wilkowski made a cool skeleton and then put it inside this resin trooper.  How does he do it?  Who care, just worry about how great it will look hanging on your wall. 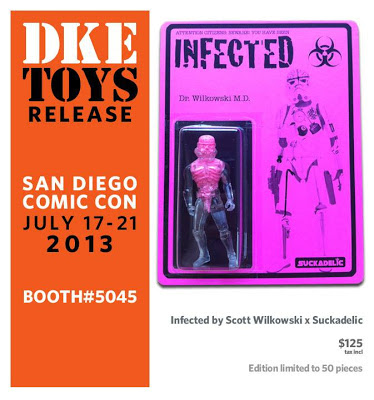