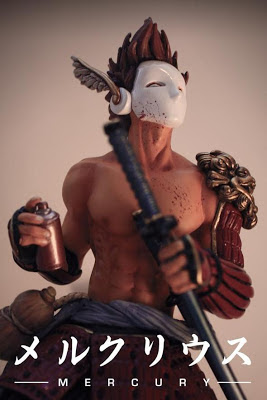 Ummmmmm wow.  This is, by far, the most ambitious release from Tenacious Toys as part of their Super Series Sundays.  Not only is this resin figure of a shogun-styled Mercury huge at 16 inches tall, but the detail that designer Mo Abedin captured is impressive.  Only 10 of these will be available when they go on sale tomorrow, July 7th, at noon Eastern time for their debut in the United States.  They will be hand made to order and only 100 will ever exist world wide.  Something this cool doesn't come cheap, and they will be priced at $750.  But something like this goes beyond just being a mere toy. 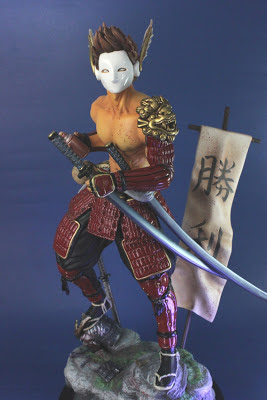