Day of the Dead Jack and Sally Pop! Vinyl from Funko 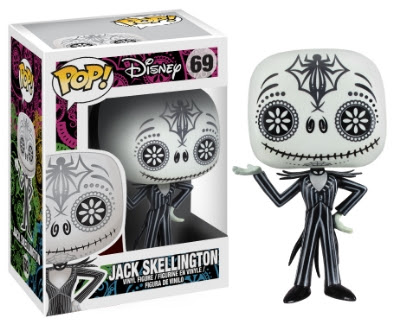 I used to work at Hot Topic.  There, I said it.  And no, I'm not particularly proud of the fact.  I am pretty proud that I got fired for refusing to push crap on you that you don't want.  Skinny jeans are bad for your circulation and completely terrible if you're a dude.  For some reason though, teenage girls think it's the cutest thing in the world when their boyfriends wear their pants.  Let me tell you guys, they are delusional.  If we put any stock into the opinions of teenage girls everyone would have to stand and salute a picture of Justin Bieber before sporting events while one of his terrible songs played.  Is that a world we want to live in?  Nope, that's why we ignore them.

I got a little off subject there, but the point I was making is that we used to get Nightmare Before Christmas stuff in by the truckload and there were always people that would buy one of everything.  Now I like the movie don't get me wrong, but I don't have much use for a Jack Skellington thong or a toilet brush that plays the hits of Danny Elfman.  These guys, on the other hand, could occupy a space on my shelf anytime.

Jack and Sally got the Day of the Dead treatment in these new Pop! Vinyl figures from Funko and they look pretty spiffy.  You can pick them up August 1st to help celebrate the 20th anniversary of the stop motion classic. 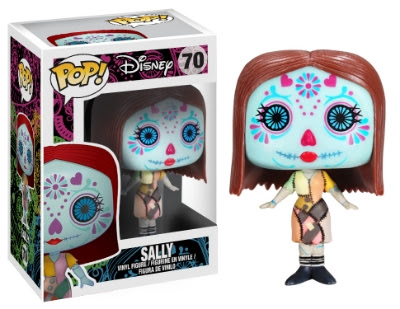