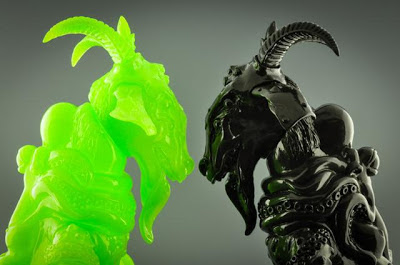 I had a dream last night that was oddly appropriate for this toy.  I was sitting in a classroom and this weird baby all of a sudden in standing next to my desk.  Of course this freaks me the hell out so I stand up and am all like "hey, what's with this weirdo baby appearing out of nowhere and being generally creepy.  Oh, and the class was in a huge church.  That's important.  So the baby freaks out cause I'm freaked out and runs outside.  Naturally we all follow it to see what's up and for some reason there is a large moat going around the church.  The baby is sitting next to the water and chanting about the coming of the antichrist and what not, so I did the sensible thing and I kicked that evil baby into the water.  Where it then turned into a huge sea monster.  Quickly we made or retreat back into the church and barred the doors.  Fearing it would break through we all ran upstairs to determine what to do next.  On the floor there was this little monster dude talking all that jive about Satan and whatnot, so I picked him up and flushed him down a toilet.  Then the antichrist actually showed up and took my wife away to be his bride.  I was kinda chuffed about this turn of events, so I covered myself in holy water, grabbed an acoustic guitar, and started singing a song that used very colorful language to question his manhood.  And then I woke up.  After telling Sharon about this dream she is still mad at me that I woke up before I had the chance to stop her from becoming a demon's bride.  Like, literally not speaking to me mad.  This is probably going to cost me at minimum a trip to the shoe store.

Oddly enough it turns out the antichrist looks much more like a young Billy Dee Williams than this goat headed fellow.  But maybe this is what he looks like when he's not at work and he's just watching court shows on daytime tv.  Shub Zeroth has finally evolved from just a head into a full fledged demon critter type thing with his own body.  Metacrypt will be debuting him at San Diego Comic Con with Lulubell Toy Bodega at their booth #5045 during an event on Thursday.  The black paint rubbed one will be $100,  while the green unpainted version will be $80.  Any leftovers will then be available at Brian Ewing's booth #4503 for the rest of the convention. 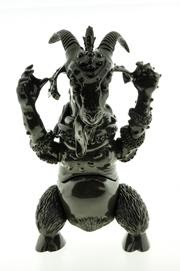 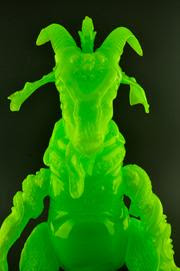 But maybe you're not ready to make such a huge commitment to a full-bodied demon and would like to gradually introduce the dark world into your home.  Never fear, there are levels of the black arts to suit every need.  Start your journey with just the head of ol' Shub.  They come in red and grey and will be $25. 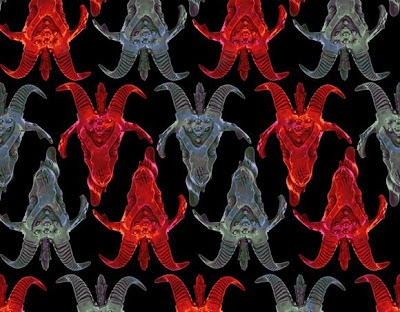 Once you've become fully engrossed by Metacrypt and want to spread the word you're gonna need this shirt to do it.  Craig Robson of Daggers for Teeth designed it and it's only $20.  That's better than what you'll get at the mall, and every dumb kid you see won't be wearing the same one making you feel old and silly.  Not that that's ever happened to me. 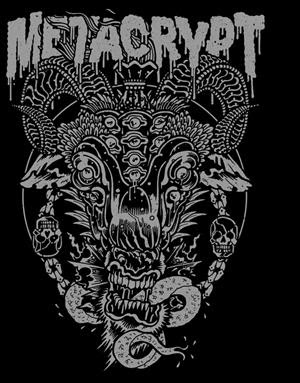