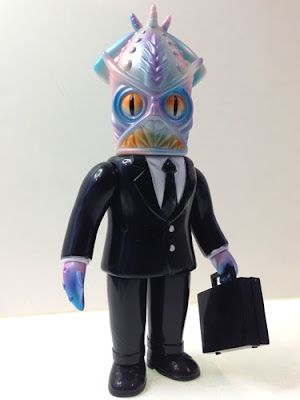 When I was a wee little viking lad I had a love of prank calls.  I would dial random numbers in the phone book and make up the most elaborate stories I could just to see how long I could keep people on the line.  I was kind of a jerk.  Once, there was this kid that irritated me, so a friend of mine and I called up his dad to let him know that the Playboy subscription his son had ordered with his credit card was about to expire and would he like to renew.  Hilarity ensued.  But this was long before caller ID and being scared to death when someone read you back your phone number in a "GOTCHA" tone of voice.  My mom tried to tell me that operators listened in on all of your phone calls and if you said anything bad they would send the police to your house and you would be in huge trouble.  Who knew that she had the gift of prophecy and that it would actually come true one day?  She was well ahead of her time.

Mr. Halliburton  isn't listening in on the other line, but he would be happy to use that information against you.  I for one have never trusted business squids, but I am a natural born skeptic.  Frank Kozik has made 30 of these guys to deploy all over the world to act as your own personal Dick Cheney.  Just don't take him hunting.  $85 will get you one with a signed and numbered header card. 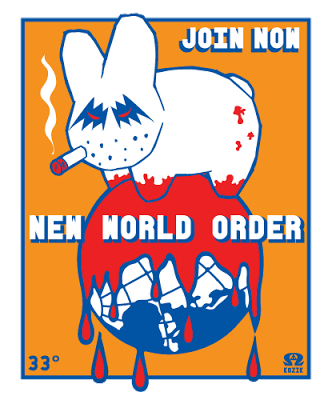 Why not also pick up some new artwork so your house looks better when it's featured on Hoarders?  Plus, when the regime change happens you don't want to not be displaying the logo of our new (improved?) governmental body.  Sixty people will be able to pledge their allegiance for the low price of $50.  It beats being sent to Guantanamo.  Get both of these tomorrow (June 12th) at noon Pacific time at www.frankkozik.net.


End Transmission
Posted by Chris at 6:17 AM