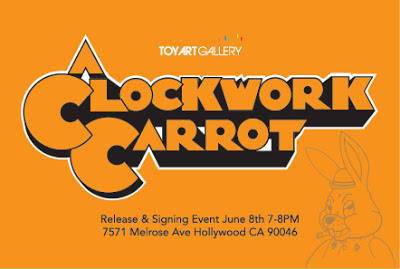 Frank Kozik is going to be at Toy Art Gallery in Los Angeles this Saturday night to sign his A Clockwork Carrot figures.  He's also going to be releasing the new, all white, "Pure Evil" version of this massive figure that is a shared exclusive between TAG and Blackbook Toy.  That's it.  That's literally all I have.  I tried to think of something funny or clever to say but for some reason my brain isn't functioning at full capacity today.  I wanted to concoct a way to have everyone that attends bring him fried pies like Hostess used to make because I remember him posting on Facebook that he liked them and it would be funny if every picture of the event involved a huge pile of snack food that he was brought as some quasi-offering.  Like, if he was the toughest guy on your cell block and the only way he would protect your hind parts from the leering eye of Bubba was if once a week you cleaned the commissary out of their fried fruit pies.  I know I have a lot of readers in the greater Los Angeles area, so buy the man some pies and then buy yourself a toy and have him scrawl his name somewhere on it.  You'll be a better person for it. 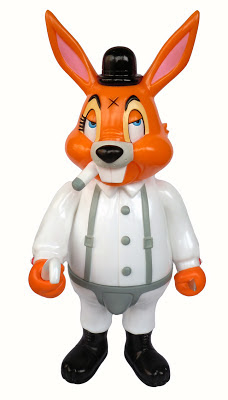 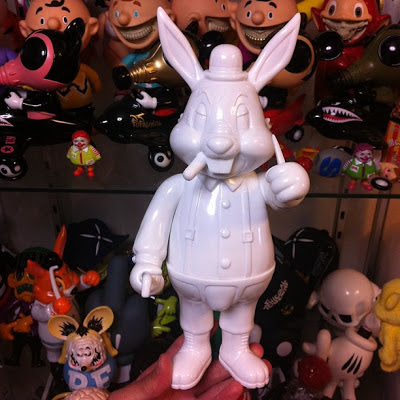