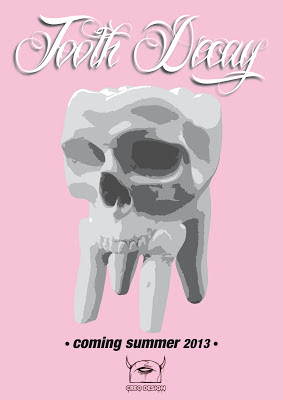 If anyone wants to know what happened to Dr. Mengle, he is alive and practicing evil dentistry in Southern New Jersey.

I haven't been to the dentist in a few years, but I feel I have a really good reason.  The last time I went my dental insurance people sent me to some guy whose office was in a converted garage in his house.  No big deal, maybe he just wants the sweet tax write off.  And when I met him and he turned out to be in his late 80's I thought he must be really good at what he does to be in practice so long.  It wasn't until after he drilled into my tooth without the benefit of pain killers that I thought he was probably a Nazi war criminal in hiding.

My tooth had chipped and I wanted to make sure it didn't develop a cavity.  He takes a look, says its no problem and that he can smooth it out real quick and it would be good as new.  At first he was right, he was shaping the problem area with the drill and I felt nothing.  Then he jabbed that sucker in there like he was trying to kill it.  The pain was excruciating and I nearly tore the armrests from his chair.  When he finished I wanted to punch him in his wrinkly old face, but I felt this utter terror of having been violated so completely.  That and I couldn't see out of my right eye.

Tooth Decal from Creo Design is 7 inches tall, made from solid resin, and brings up painful memories.  They're gonna be 9 of these in the first release that will take place around July or August.  I have to go and lie down for a bit now.