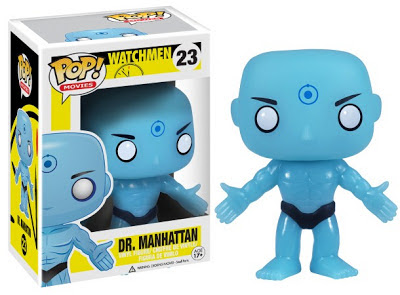 I would like to thank the good people at Funko for covering Dr. Manhattan's ding a ling for this toy.  I'm not sure what possessed the people that made The Watchmen movie to include that in the film.  Where they planning to make a spin-off?  Like when Joey moved to California after Friends ended to pursue his acting career?  I'm embarrassed I know that.

Do I write a lot about Pop! Vinyl figures?  Yes, but maybe other companies should step up their games and be as prolific as Funko is.  Of course it's not just about releasing a lot of stuff, it's about releasing quality stuff that people want to buy.  Well, they've kinda nailed that too, because I'm going to be getting both of these.  And I don't have to worry about not eating lunch all week to pay for them, cause they're usually around $10.  These two will be released June 20th. 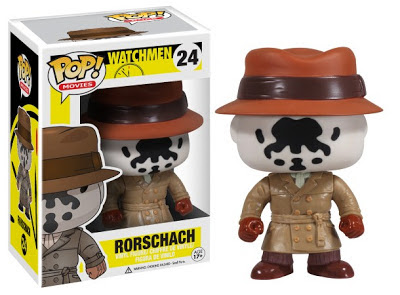