Everybody is getting in one little figures like this, so it was only a matter of time before The Sucklord put his spin on them.  You can help make these guys a reality with the official SUCKLE Kickstarter campaign.  Evidently, it costs a lot of money to make tiny wrestling dudes, so DKE and The Sucklord are raising some funds to produce a butt ton of these figures.  Like any Kickstarter, what you pledge determines what you get in return, including the exclusive clear version of the set.  Loosen up those purse strings and get to donating at : 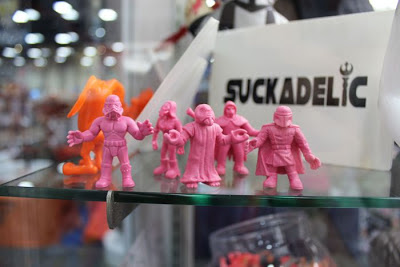