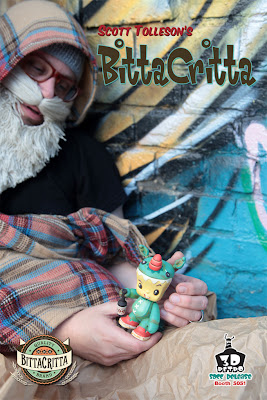 My wife used to go to Las Vegas every year for a manager's conference for her job and the pictures that she would send me were amazing.  The best however, was of a man dressed up as Winnie the Pooh, passed out on the sidewalk with a bottle of booze in his hand/paw.  But wait, thats not the end of it.  There was also a little girl standing next to him in tears because she thought Pooh was dead.  OH MY GOD it was the funniest thing I've ever seen!  I was a bit horrified that anyone would let their small child near a filthy costumed character that needed to be in detox, but once I got past that the hilarity resumed.  It could have only been more funny if he ended up biting her with his Pooh Bear mouth.

On a side note, it turns out this guy is kinda well known, as this picture will prove: 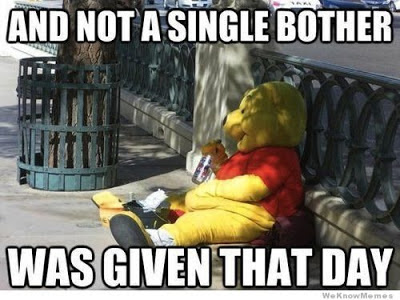 Back to the task at hand.  Bitta Critta is a costumed character that also likes to get his drink on.  Or as I like to say, his draaaaaaaaaaaaank.  That makes it sound like more of a good time.  Go on, try it, I'll wait.

Scott Tolleson thunk him up, 3D Retro manufactured him in their vinyl toy uterus (or China), and VOILA! another San Diego Comic Con release.  $50 will get you one at booth #5051. 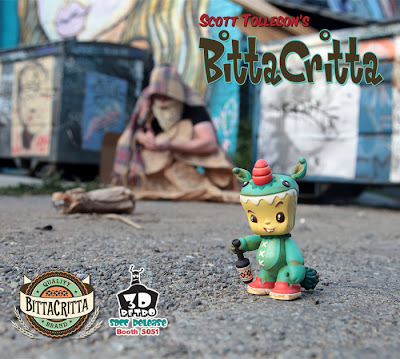